The 'shocking' report published in a local Pakistani magazine claims that the Saudi crown prince got wrothful by Imran Khan during his visit to UNGA and ordered the return of his private jet, that was carrying the Pakistan PM. 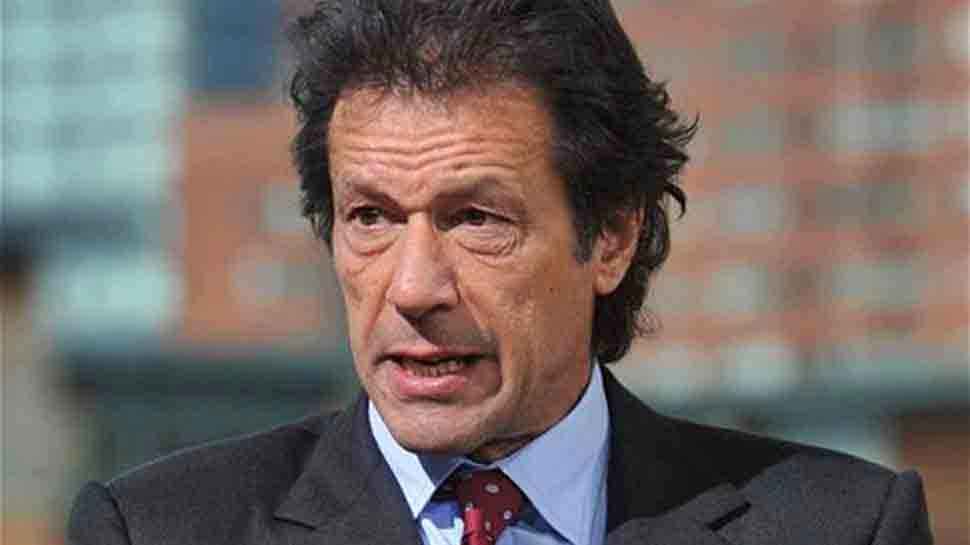 New Delhi: Saudi Crown Prince Mohammad Bin Salman, who facilitated a special plane for Pakistan Prime Minister Imran Khan for his visit from the US to Islamabad, called back his private jet after he apparently got irked by some dimensions of the Pakistani premier's diplomacy at UN General Assembly. The 'shocking' report is published in a local Pakistani weekly magazine which states that Salman was very wrothful from some works of Imran Khan during his visit to UNGA in September.

Before his visit to UNGA, Imran had gone to Saudi Arabia and wanted to fly America in a corporate plane. However, the Saudi crown prince provided him own special plane. Subsequently, Imran went in MBS' plane and was returning in the same when he had to go back following a technical glitch. Thereafter, the PM boarded a corporate plane.

However, the report, in a sensational claim stated that there was no technical glitch in the plane but the Saudi crown prince had snubbed Imran Khan by ordering his private jet to disembowel the Pakistani delegation.

The weekly-magazine in its report, said: "According to his never-say-die supporters, Imran Khan has returned from New York a 'conquering hero'. There were even endorsements of one loyalist suggestion that the commercial plane carrying him back from Jeddah to Islamabad should be escorted by a fleet of F7 Thunder jets as a mark of honour. Imran bravely spoke `straight from the heart', they say, and swept all Doubting Thomases before him, highlighting the critical issues facing the world today: climate change, Islamophobia, safe havens for money laundering and the Kashmir lockdown. Never mind that the hall was only half full. Never mind that he admitted Pakistan`s culpability in germinating Al Qaeda. Never mind that he raised the world''s hackles by brandishing nuclear weapons and threatening Armageddon. Never mind that the vicious Indian lockdown in Kashmir persists. Never mind that the prospects of Indo-Pak dialogue are dimmer than ever before. Never mind that a territorial state conflict has been relegated to a clash of fierce ideologies representing 'Islamic' Pakistan and 'Hindu' India."

The report further said: "There were some unintended consequences of the trip too. Inexplicably, the Saudi crown prince, Mohammad bin Salman, was so alienated by some dimensions of the Pakistani Prime Minister's diplomacy in New York - he couldn`t have been happy at the prospect of Imran Khan, Recip Tayyib Erdogan and Mahathir Mohammad planning to jointly represent the Islamic bloc, nor with Pakistan's interlocution with Iran without his explicit approval - that he visibly snubbed Imran by ordering his private jet to disembowel the Pakistani delegation. Significantly, too, Pakistan's Permanent Representative to the UN, Maleeha Lodhi, lost her job (did Khan`s cronies have anything to do with it?) before the dust of 'victory at the UN' had settled".

However, Pakistan government has categorically dismissed the report as 'utter fabrication'. A government spokesman said in a statement, "It is totally false and absolutely carries no truth whatsoever. The report carries baseless self-created theory with respect to the premier's meetings with the leaders of Turkey and Malaysia in New York."

"This is a cooked story. Pakistan and Saudi Arab leaders have good relations. There is an attempt to weaken the successful talks between world leader and the Prime Minister. Conclusion over the Prime Minister`s meeting with Turkey and Malaysia leader was self-made. The report was aimed to strike on the relations of two country for political motives. We dismiss this report," the spokesperson added further.