School girl killed, at least 12 others injured in stabbing at Japan bus stop

The girls, aged around 6 to 7, were students at a private Catholic school and were waiting for their school bus, NHK said. The broadcaster said a man detained at the scene also died. 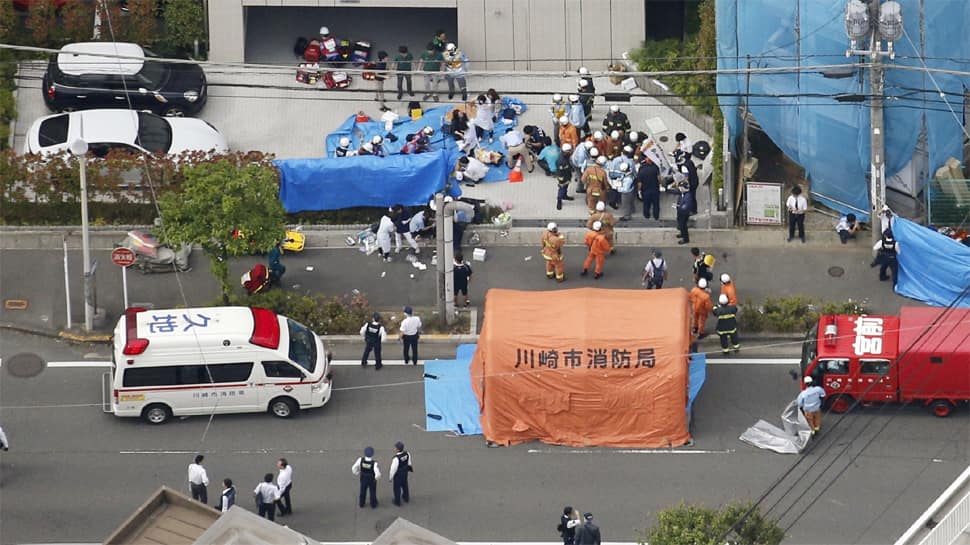 TOKYO: One young schoolgirl was killed and at least 12 others were injured in a stabbing at a bus stop just outside the Japanese capital, Tokyo, on Tuesday, national broadcaster NHK cited police as saying. Three adults were also injured, with one of them showing no vital signs, after the incident in Kawasaki city, south of Tokyo, a city official told Reuters. NHK said a suspect detained at the scene died later.

The girls, aged around 6 to 7, were students at a private Catholic school and were waiting for their school bus, NHK said. The broadcaster said a man detained at the scene also died.

The suspect, a man probably in his 40s or 50s, was unconscious when he was detained after stabbing himself in the neck, it said. The man was said to have begun slashing at people as they waited at the bus stop and then on the bus, it said.

"I heard screaming, then I saw a man standing with a knife in each hand," NHK quoted an unidentified witness as saying. "Then he crumbled to the ground." Two knives were found at the scene, NHK said.

The Kawasaki City fire department put the number of injured at 19, including three with severe wounds.

Violent crime is relatively rare in Japan but occasional high-profile incidents have shocked the nation. More than a dozen people were injured in a 2010 stabbing spree on a school bus and a commuter bus in a Tokyo suburb.