The United Kingdom could be heading towards a constitutional crisis as many of the candidates vying to succeed Prime Minister Theresa May are prepared to leave the EU on Oct. 31 without a deal, but parliament has indicated it will try to thwart such a scenario 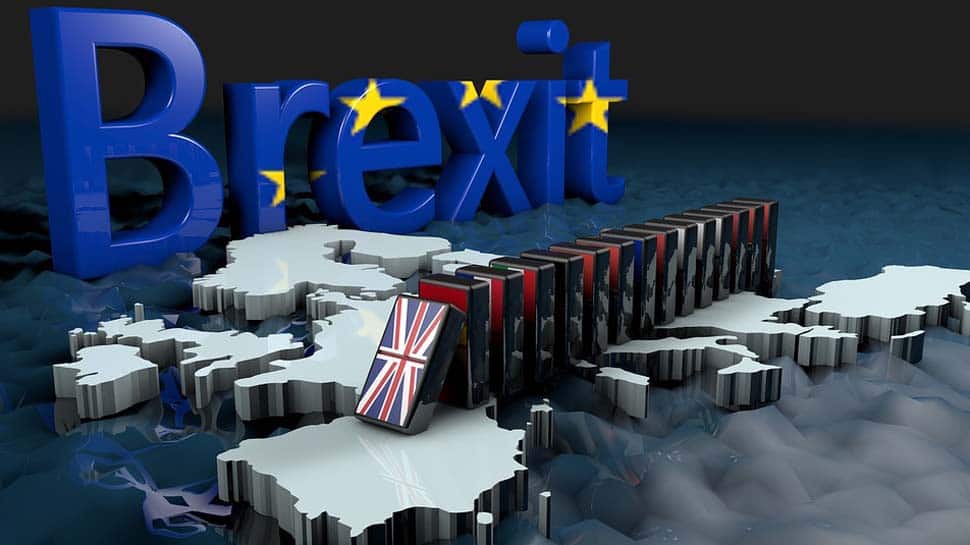 LONDON: The British official who was in charge of Brexit border preparations, Karen Wheeler, has left her job, Her Majesty`s Revenue and Customs said on Thursday.

"I would like to thank Karen for her outstanding work leading the Border Delivery Group to prepare the UK for EU Exit and we wish her well for her retirement," Jonathan Thompson, HMRC Chief Executive, said in a statement to Reuters.

"We shall be announcing her successor in due course," he said. Wheeler did not respond to a request for comment and the reason for her departure was unclear. Wheeler`s job was to ensure that the United Kingdom`s borders remained efficient and secure as it exits the EU. She was the lead coordinator across the British government on ensuring a "frictionless" border after Brexit.

The United Kingdom could be heading towards a constitutional crisis as many of the candidates vying to succeed Prime Minister Theresa May are prepared to leave the EU on Oct. 31 without a deal, but parliament has indicated it will try to thwart such a scenario.

May`s failure to deliver Brexit by the original March 29 deadline destroyed her premiership. But the next prime minister, expected to be in place by the last days of July, will face the same deadlocked political system.

That has raised concerns among investors and business leaders that the United Kingdom could be heading for an abrupt, no-deal exit from the EU for which it is not yet ready. Wheeler said earlier this year that there was no magic technological solution for preventing a hard border in Ireland after Brexit.

She said the United Kingdom would need a customs union with the EU, plus something that looks like a single market, to have completely free movement of goods across the border between Northern Ireland and Ireland.

The British government and businesses began preparations for a possible no-deal scenario ahead of the original March 29 Brexit date, but then had to unwind many of those preparations.

The Institute for Government, a think tank, said this week that the United Kingdom will probably never be as ready for a no-deal Brexit as it was in March - and that later this year many warehouses will be booked up ahead of Christmas.

"Perhaps a bullish and bold Brexiteer prime minister will be able to galvanise business and the civil service to prepare for no deal," it said in a report.  "They are likely to inherit a set of plans for no deal that are not much more developed than they were in March."