Situation in South Asia extremely dangerous due to Taliban takeover of Afghanistan: US

“I think it's an extremely dangerous situation in South Asia broadly. I do think that it is in China's interest, right! That the Pakistani government and army go after these jihadist groups less selectively. It's also in the interest obviously of security and stability across South Asia,” said Gen (rtd) H R McMaster. 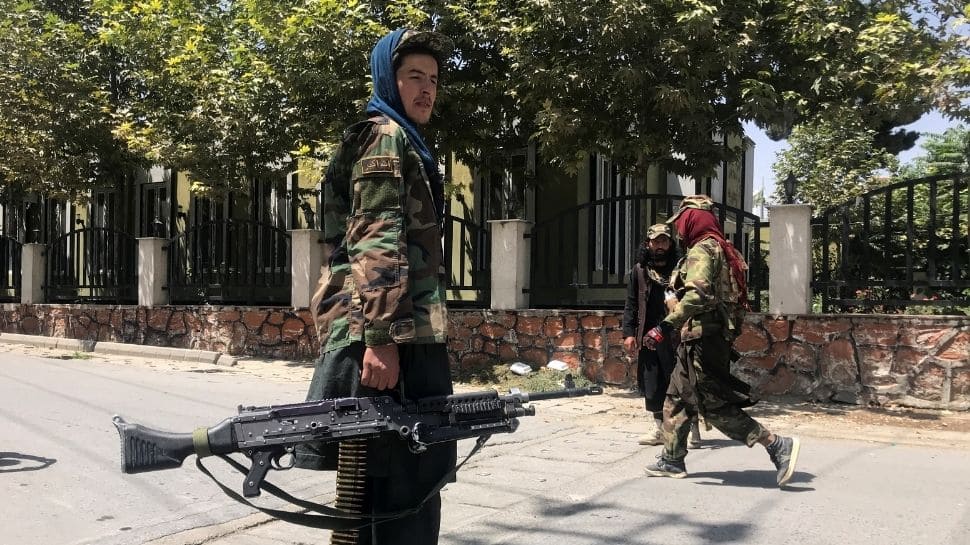 Washington: The withdrawal of US troops from Afghanistan resulting in the Pakistan-backed Taliban taking control of the country has created an extremely dangerous situation in South Asia, a former national security advisor has told lawmakers.

“I think it's an extremely dangerous situation in South Asia broadly. I do think that it is in China's interest, right! That the Pakistani government and army go after these jihadist groups less selectively. It's also in the interest obviously of security and stability across South Asia,” Gen (rtd) H R McMaster told members of the House Foreign Affairs Committee during a Congressional hearing on Afghanistan.

“One of the greatest dangers I think would be India suffering this kind of cycle of sectarian violence that you see across the greater Middle East. That could be incited by some of these groups like, you know, Al-Qaeda and Lashkar-e-Taiba,” McMaster said.

Former US Ambassador to Afghanistan, Ryan Corker said that the Chinese have created their own vulnerability with the repression of their Muslim population, the Uyghurs in the west.

“So, they have got a strong incentive to use some pressure that they have on Pakistan, to bring about a better result than we've seen so far,” he said.

Former State Department Deputy Secretary Richard Armitage told lawmakers that Pakistan provided food, sustenance, and everything else to the Taliban.

“I'm speaking specifically of ISI, that culminated in the fact that Osama bin Laden was living in Abbottabad for so long, not fathomable that the Pakistanis didn't know about it,” he said.

“I would be extraordinarily disappointed if I knew there was an agreement that the Pakistanis embedded with the Talibs would be allowed to escape. However, that is not saying that there weren't Pakistanis embedded. Sultan Amir Imam was the chief trainer of the Taliban, and I knew him for a number of years. He's been killed by, ironically enough, an extremist group,” Armitage said.

McMaster said the world and the US is in a more dangerous situation than they were on September 10, 2001.

“The reason we're not seeing attacks like 9/11 is because of our defensive capabilities that we've developed, I think. But these groups are growing stronger,” he said.

Jihadist terrorist organisations are not only growing larger in numbers, more confident, and richer, they are also becoming more destructive, McMaster said.

“Our humiliating withdrawal left terrorists with billions of dollars of weapons. Those weapons will be shared among the over 20 US-designated terrorist organisations in the terrorist ecosystem across Afghanistan and Pakistan,” he said.

“Because some of those groups have already turned against the nuclear-armed Pakistani army and government, it is not difficult to imagine terrorists gaining access to the most destructive weapons on Earth,” McMaster said.

“It is for these reasons that, I believe, our self-defeat in Afghanistan and our broader disengagement from the fight against jihadist terrorists internationally in recent months has made jihadist terrorists more dangerous today than they were on 10 September 2001."

We are already witnessing the political dimension of our lost war, from Tehran to Moscow to Beijing to Pyongyang, our adversaries are emboldened and our friends and allies doubt that we are trustworthy,” he said.

“Some of its most nefarious elements lie. As they said to me, it's their narrative, we know you're going to walk out one day. You walked out on us after the Soviet defeat. You'll walk out on us again. And we will not be left with the Taliban as our mortal enemy,” he said.

“So, they probably had 15 minutes of high-fiving as events proved them right, that we would go. But only 15 minutes because they're scared. But the Taliban's so-called victory has fueled Islamic extremists everywhere, and certainly in Pakistan, where the Pakistani-Taliban aim to overthrow the government in Islamabad, not in Kabul,” Corker said.

“I understand there is already a conversation underway as the Pakistanis try to address a greatly enhanced threat to their own stability and security as the Taliban hold increases and the Taliban message flows through the entire Islamic world where extremist groups feel emboldened. So how we got there is important,” said the former US diplomat.