Former South African President Jacob Zuma told a corruption inquiry on Monday that enemies had plotted to bring him down, and he had never broken the law with the business family at the centre of an influence-peddling scandal. 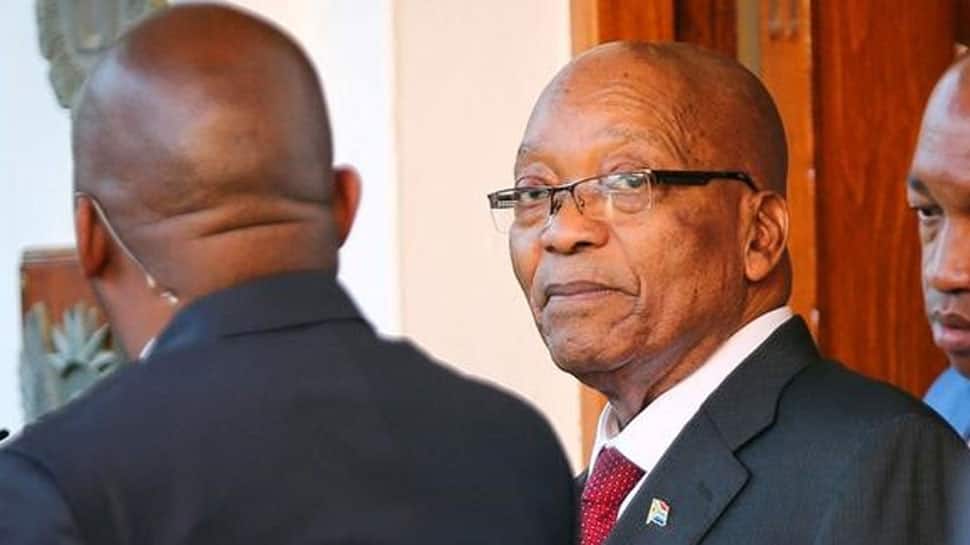 JOHANNESBURG: Former South African President Jacob Zuma told a corruption inquiry on Monday that enemies had plotted to bring him down, and he had never broken the law with the business family at the centre of an influence-peddling scandal.

Zuma struck a defiant tone at the public inquiry, saying he was the victim of a "character assassination" by enemies who had tried to get rid of him for more than 20 years.

His appearance at the inquiry – set up to test allegations that Zuma allowed cronies to plunder state resources and influence government appointments – marked a dramatic fall from grace for a politician who long dominated the country`s politics.

Zuma, ousted by the governing African National Congress (ANC) in February 2018 and replaced by President Cyril Ramaphosa, has consistently denied wrongdoing over his nine years in power.

Referring to the three Gupta business brothers, Zuma said: "I never did anything with them unlawfully, they just remained friends. Never, never did I discuss any matter that does not belong to them".

Under pressure from rivals in the ANC, Zuma set up the corruption inquiry he now sits before in his final weeks as president, as a number of his colleagues, including Ramaphosa, feared scandals surrounding Zuma could indelibly tarnish the party`s reputation.

Zuma had avoided establishing the inquiry since a 2016 report by South Africa`s anti-corruption watchdog, the public protector, instructed him to do so to investigate allegations that three Gupta brothers had been able to influence ministerial appointments and had won state contracts improperly.

The Gupta family denied the accusations and left South Africa around the time that Zuma was ousted.

"I`ve been vilified, alleged to be the king of corrupt people," Zuma, 77, said in his opening remarks to the hearing in Johannesburg, which was being broadcast live on South African television. "There has been a drive to remove me from the scene...a conspiracy against me."

He said he could trace this to the early 1990s, when he received an intelligence report that two foreign intelligence agencies and a branch of the apartheid government that was in power at the time had come up with a strategy to get rid of him.

He did not name where the foreign intelligence agencies came from, only that they were from “big countries”.

"They (my enemies) took a decision that Zuma must be removed from the decision-making structures of the ANC. That’s why the character assassination, that is the beginning of the process that has put me where I am today," Zuma said.

Zuma also hinted that he could spill the beans on ANC comrades who had spoken out against him.  “I’ve been respectful to comrades, maybe I’ve reached a point where that must take a back seat.”

Asked about Zuma`s comments, ANC spokesman Pule Mabe said the party would give the inquiry space to do its work. “The ANC is not on trial here,” Mabe said.

"The fact that we’ve heard a conspiracy theory dating back to 1990 is proof that the real truth is going to take a long time to extract,” Mazzone said.

Rudie Heyneke from the Organisation Undoing Tax Abuse said the inquiry could find it difficult to pin much on Zuma because he had “always been careful to stay a layer or two away from the action”.

Zuma still has allies and a group of several dozen supporters broke into clapping and chants of "Zuma" as he entered the hearing room.  Outside, supporters wearing military clothing emblazoned with the emblem of the former armed wing of the ANC shouted: “Hands off Zuma!”

One of them, Bongani Nkosi, said he thought the inquiry was out to get Zuma and that he had enemies because he supported radical economic policies to help poor black people.

Ramaphosa, Zuma`s former deputy, has made sweeping personnel changes in government and state-owned companies as part of an effort to curb corruption and revive the stagnant economy.

But he has been hampered by the lingering influence that Zuma and his allies exert over the ANC`s top decision-making bodies, as well as by the scale of the problems he inherited.

Zuma, expected to give testimony to the inquiry from Monday to Friday, has also been in court on several occasions over the past year to answer corruption charges linked to a deal to buy military hardware for the armed forces in the 1990s.

The inquiry, which is headed by South Africa`s deputy chief justice, Raymond Zondo, held its first hearing in August and is due to finish next year. The inquiry is a rare example of an African leader being brought to book soon after losing power.