There were several videos on social media platforms where people sighted it for over 20 seconds. 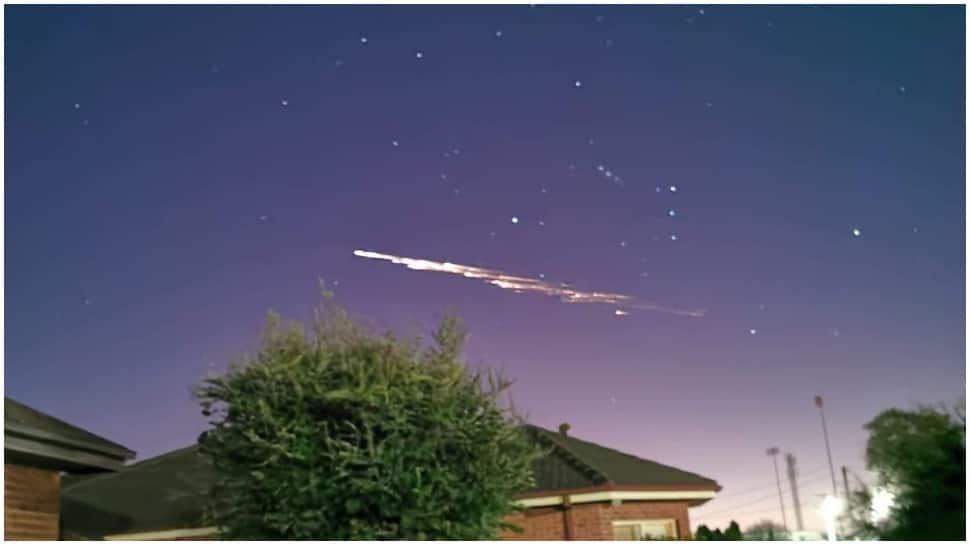 New Delhi: Numerous eyewitnesses on Friday (May 22, 2020) evening caught the show of the space debris of a Russian rocket in the skies over southeast Australian cities.

There were several videos on social media platforms where people sighted it for over 20 seconds.

"Russia launched a Soyuz-1b/Fregat from Plesetsk at 0731 UTC on May 22," said Jonathan McDowell, an astronomer at the Harvard-Smithsonian Center for Astrophysics.

He added that the Soyuz third stage was inserted into a marginally orbital trajectory with reentry at first perigee just south of Tasmania, which is an island state of Australia.

The payload is the fourth EKS (Kupol') satellite with an infrared telescope for missile launch detection.

"The light show was not a shooting star or a meteor, but a rocket returning to Earth,” the Astronomical Society of Victoria vice-president, Perry Vlahos, told Guardian Australia.

He also said that the debris burned up on re-entry and none of it would have hit the ground.

No delay in supply of Rafale jets to India: France