No gas, nothing to eat: Fresh protests erupt in Sri Lanka amid economic crisis 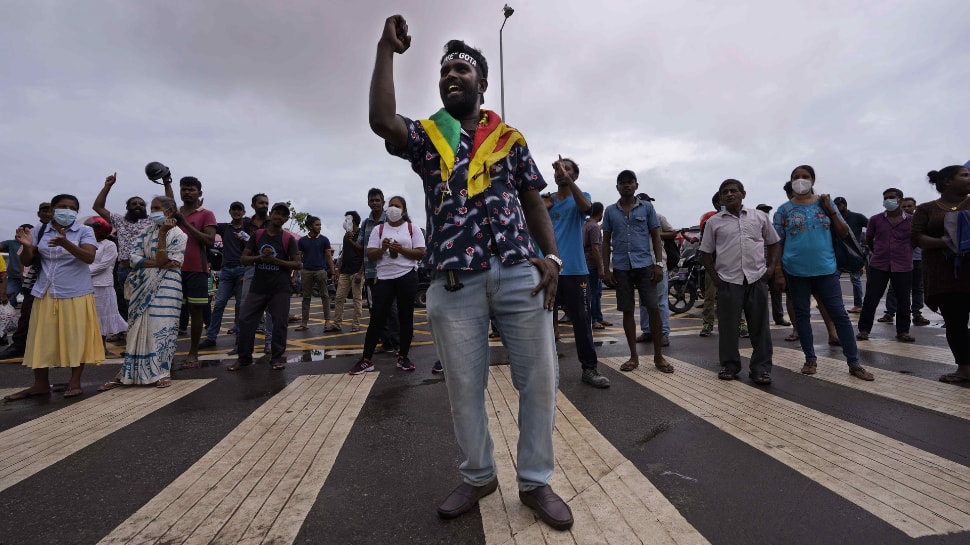 New Delhi: Amid the ongoing political and economic turmoil, fresh protests erupted in Sri Lanka on Friday night after protesters, reeling from the shortage of food and fuel, staged agitation outside Slave Island PS in Colombo, reported ANI. Visuals released by news agency ANI show a big group of protesters raising slogans against the government with empty LPG cylinders as Sri Lanka goes through the worst economic crisis the country has ever seen.

“No gas, nothing to eat either. We've been here since last night. Now they say that they don't have it. I've not received gas for 2 months," one protester told ANI.

Sri Lanka | Locals protest outside Slave Island PS in Colombo; say that they've had no access to LPG cylinders for over a month.

They say, "No gas, nothing to eat either. We've been here since last night. Now they say that they don't have it. I've not received gas for 2 months." pic.twitter.com/nvYFUBPE28

More than a month of predominantly peaceful protests against the government turned violent this week after supporters of former Prime Minister Mahinda Rajapaksa stormed an anti-government protest camp in the commercial capital Colombo, burning tents and clashing with protesters.

The initial clashes and reprisals against government figures also left more than 300 injured.

The government lifted the curfew from 6 a.m. (0030 GMT) on Saturday until 6 p.m. A 24-hour curfew imposed on Monday had been lifted for a few hours on Thursday and Friday to allow the purchase of essential supplies.

Rajapaksa stepped down after violence flared on Monday, leaving his younger brother Gotabaya Rajapaksa to rule as president.

Pakistan ex-PM Imran Khan: Establishment calling me, but I have blocked their number