The new official figure was 253, down from an earlier 359, Deputy Defence Minister Ruwan Wijewardene said. 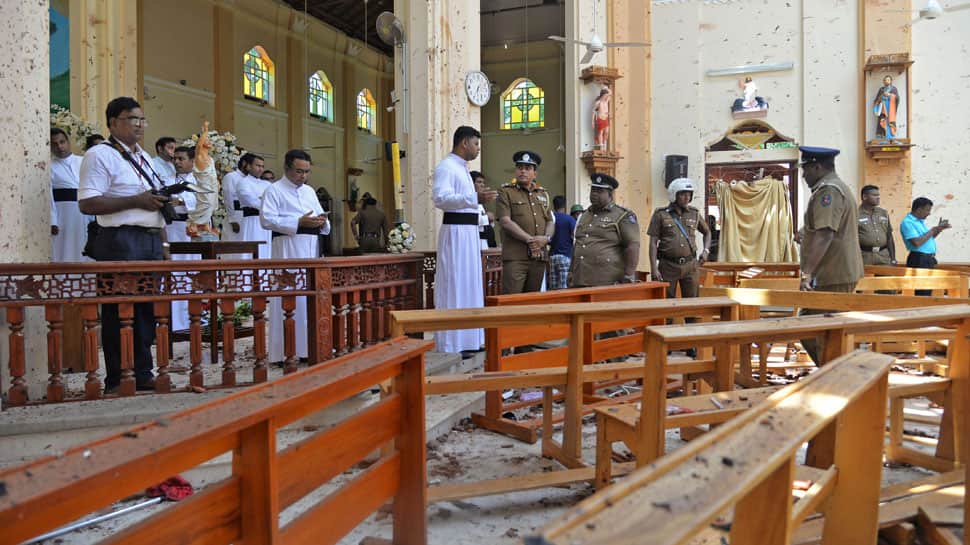 COLOMBO - Sri Lankan officials revised the death toll from Easter Sunday bombings down by about 100 on Thursday, blaming the difficulty in identifying body parts at bomb scenes for the earlier inaccurate number.

The new official figure was 253, down from an earlier 359, Deputy Defence Minister Ruwan Wijewardene said. He blamed inaccurate data provided by morgues for the discrepancy.

Anil Jasinghe, the director general of Sri Lanka`s health services, told Reuters any figure was an estimate: "It could be 250 or 260. I can`t exactly say. There are so many body parts and it is difficult to give a precise figure."

The suicide bomb attacks on three churches and four hotels have exposed an intelligence failure, with accusations that warnings had not been acted on and feuds at the top levels of government had undermined security cooperation.

This is the new live TV code which is to be used in the stories.

Defence Secretary Hemasiri Fernando resigned over the failure to prevent the attacks, although he insisted on Thursday that the authorities had been acting in response to intelligence tips from India warning of imminent attacks.

Police issued names and photographs of four men and three women wanted in connection with the attacks, as bomb scares and security sweeps kept the country on edge.

Most of the victims were Sri Lankans, although authorities have said at least 38 foreigners were also killed, many tourists sitting to breakfast at top-end hotels when the bombers struck.

They included British, U.S., Australian, Turkish, Indian, Chinese, Danish, Dutch and Portuguese nationals. About 500 people were wounded. Britain on Thursday warned its nationals to avoid the country unless it was absolutely necessary as there could be more attacks.

The Islamic State group has claimed responsibility for the attacks. It released a video that showed eight men, all but one with their faces covered, standing under a black Islamic State flag and declaring their loyalty to its leader, Abu Bakr Al-Baghdadi. The government said there were nine suicide bombers, eight of whom had been identified. One was a woman.

Authorities have focused their investigations on international links to two domestic Islamist groups - National Thawheed Jama`ut and Jammiyathul Millathu Ibrahim - they believe carried out the attacks.

A picture has emerged of a group of nine well-educated, home-grown suicide bombers. Two were brothers, sons of a wealthy spice trader, a source close to the family said.

At least 76 people, including several foreigners, have been rounded up since Sunday, but police on Thursday for the first time identified seven people they were looking for and appealed to the public for help in finding them.

Photographs, apparently casual snapshots, posted with a wanted notice showed young bearded men, one with a Muslim cap, and three young women, all with headscarves.

Fears that more bombers are at large has kept Sri Lanka on edge all week. Authorities locked down the central bank and shut the road to the capital`s airport for part of the day because of bomb scares as communal tension simmered.

Police arrested three people and seized 21 locally made grenades and six swords during a raid in Colombo, a spokesman said. He did not give details or suggest that the raid was linked to the suicide bombings.

The bombings shattered the relative calm that has existed in Buddhist-majority Sri Lanka since a civil war against mostly Hindu ethnic Tamil separatists ended 10 years ago.

Sri Lanka`s 22 million people include minority Christians, Muslims and Hindus. Until now, Christians had largely managed to avoid the worst of the island`s conflict and communal tensions.

It seems unlikely that Fernando`s resignation will end the questions and recriminations over why authorities failed to act more effectively to stop the plotters.

Government officials have acknowledged a major lapse in the sharing of intelligence information. Lakshman Kiriella, the leader of parliament, said senior officials had deliberately withheld the intelligence about possible attacks.

The president fired Wickremesinghe last October over political differences, only to reinstate him weeks later under pressure from the Supreme Court.

Meanwhile, fears are growing of a surge of communal tension. Muslims have fled the Negombo region on Sri Lanka`s west coast since scores of worshippers were killed in the bombing of the St. Sebastian church there on Sunday.

Hundreds of Pakistani Muslims have left the port city, crammed into buses, after threats of revenge. "The local Sri Lankan people have attacked our houses," one of them, Adnan Ali, told Reuters on Wednesday, as he prepared to board a bus.