At least 82 people were killed when Hagibis lashed central and eastern Japan with heavy rains and high winds. Nearly a dozen are still missing and more than 300 were injured. 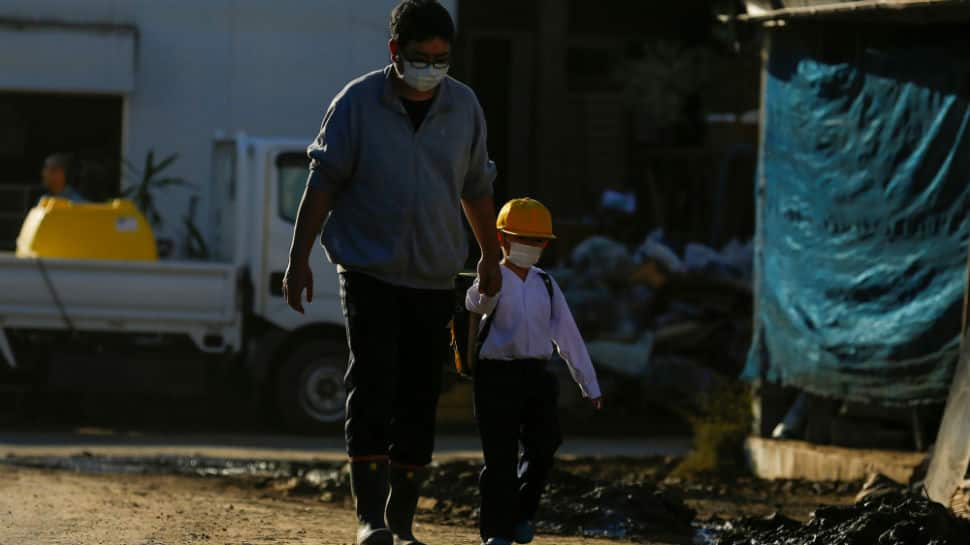 TOKYO: A wide swath of eastern Japan hit by flooding and landslides from Typhoon Hagibis two weeks ago braced for more heavy rains on Friday, with evacuation advisories issued for tens of thousands of people in areas surrounding Tokyo.

At least 82 people were killed when Hagibis lashed central and eastern Japan with heavy rains and high winds. Nearly a dozen are still missing and more than 300 were injured.

Authorities warned of the chance of further landslides and flooding, especially in areas hit by levee breaks that have yet to be repaired even provisionally.

An evacuation advisory was issued for 50,000 people in Sagamihara, a city southwest of Tokyo that was hit hard by flooding after the typhoon. Six Sagamihara residents were killed in that storm, including a family swept away in their car, and two remain missing.

Evacuation advisories were also issued for some 10,000 in Chiba prefecture, just east of Tokyo, which was battered by heavy winds from Typhoon Faxai in September that left some areas without power for weeks before being hit by rains from Hagibis.

The rain was expected to pound the Tokyo area until evening and then move north. Total rainfall in the area around Tokyo was likely to range from 200 to 300 mm (8-12 inches) by evening, the Japan Meteorological Agency said.

Tropical storm Bualoi, which battered the Ogasawara islands south of the main Japanese archipelago on Thursday while still at typhoon strength, was headed out into the Pacific and expected to weaken to a tropical depression later on Friday.