Saturday`s Tehran meeting assumes significance in the wake of media reports that Iran might hand over the management control of the first phase of the Chabahar port to India on Sunday. 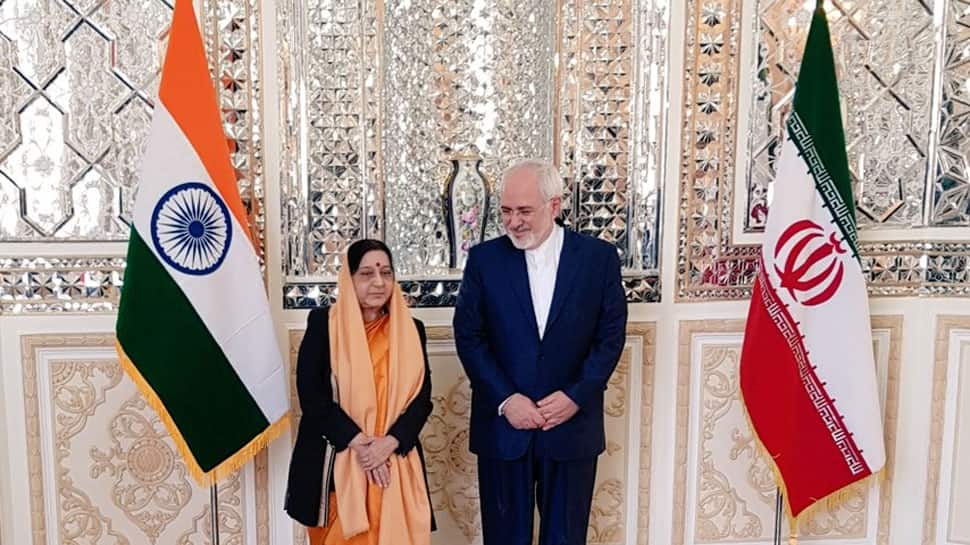 New Delhi: External Affairs Sushma Swaraj on Saturday paid an unscheduled visit to Iran on her way back from Russia`s Sochi, and had a luncheon meeting with her Iranian counterpart Javad Zarif in Tehran.

The visit comes a day before inauguration of the first phase of the Chabahar port development project.

"Reinforcing our traditionally close and civilizational linkages, EAM @SushmaSwaraj had a luncheon meeting with the Foreign Minister of Iran Dr. Javad Zarif in #Tehran. Both sides discussed issues of mutual interest," he said.

Sushma Swaraj was in Sochi to attend the 16th Meeting of the Council of Shanghai Cooperation Organisation (SCO) Heads of Government.

Saturday`s Tehran meeting assumes significance in the wake of media reports that Iran might hand over the management control of the first phase of the Chabahar port to India on Sunday, a year-and-a-half ahead of schedule.

Iran`s President Hassan Rouhani will inaugurate the first phase of the port on Sunday.

Though Minister for Road Transport and Highways, Shipping and Water Resources Nitin Gadkari is scheduled to attend Sunday`s inauguration ceremony, the External Affairs Ministry did not officially confirm till late Saturday evening whether Sushma Swaraj would also be attending the event.

The first consignment of wheat from India to Afghanistan, that was flagged off by Sushma Swaraj and her Afghan counterpart Salahuddin Rabbani, had reached the Afghan city of Zaranj near the Iran-Afghanistan border last month via Chabahar, thereby bypassing Pakistan.

It was the first shipment to go to Afghanistan through Chabahar after the trilateral agreement to develop the port as a transport and transit corridor between India, Iran and Afghanistan was signed by Prime Minister Narendra Modi with Iranian and Afghan Presidents Hassan Rouhani and Ashraf Ghani, respectively, in May last year to enhance connectivity between Central Asia and South Asia.

In her address at the SCO meeting in Sochi on Friday, Sushma Swaraj, while stating that connectivity with Afghanistan was an important priority sector for India, said that this has improved with the operationalisation of an air freight corridor between Kabul, Kandahar and New Delhi in June this year.