Support for India in US Congress 'always bipartisan': Nancy Pelosi

Top democratic leader and speaker of US House of Representatives Nancy Pelosi has lauded India-US ties and said that the support for New Delhi in the US Congress "is always bipartisan." 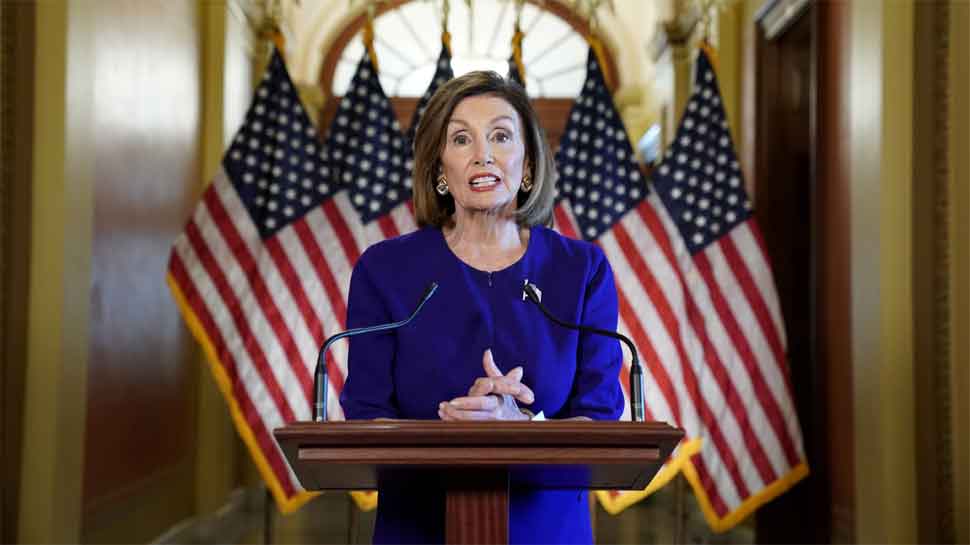 New Delhi: Top democratic leader and speaker of US House of Representatives Nancy Pelosi has lauded India-US ties and said that the support for New Delhi in the US Congress "is always bipartisan."

Lauding the ties between India and US, speaker of the US House of Representatives said, "Relationship between India and US is a shining example of mutual cooperation, prosperity, peace and respect. As the world's oldest and largest democracies, we have been partners in the fight to expand justice and ensure the blessing of liberty for all."

Nancy Pelosi expressed her appreciation for India for hosting Dalai Lama saying she, "Mentioned it to Indian PM, previous PM" and "they have always said no need to thank us, that is who we are".

She lauded the role played by Indian Americans in enriching the American society with "beautiful culture, rich tradition and entrepreneurship".

In September, around 50,000 people mostly, Indian Americans gathered in Houston for the biggest diaspora event-- the 'Howdy, Modi event in which PM Modi and US President Donald Trump shared the stage and endorsed each other.

India has dismissed reports suggesting New Delhi loses bipartisan support by the endorsement itself with US President Trump with External Affairs Minister S Jaishankar saying in Washington, " I don’t think we should, honestly, misinterpret what was said."

The event the historic building of Library of Congress in Washington saw participation on External Affairs Minister S Jaishankar, Indian Envoy to US  Harsh V Shringla and envoys of Afghanistan, Bangladesh, South Africa, Trinidad and Tobago, Myanmar to the US.

Both US Senate and US House of Representatives have introduced resolutions recalling Mahatma Gandhi's contribution to mankind and emphasizing the shared influence of Gandhi Ji's teaching through human rights on the occasion of 150th birth anniversary Mahatma Gandhi.