Taiwan says it won't bow to pressure amid China tension

Beijing has stepped up pressure on Taiwan since Tsai, from the pro-independence ruling party, took office in 2016. 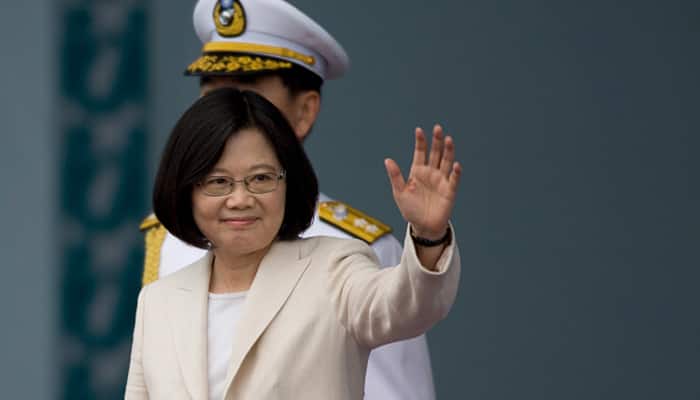 TAIPEI: Taiwan will not bow to Chinese pressure and called for international support against Beijing`s "out-of-control actions", a presidential spokesman said on Thursday, after Beijing urged companies to change the way they refer to the self-ruled island.

"As for China`s related out-of-control actions, we need to remind the international community to face this squarely and to unite efforts to reduce and contain these actions," Alex Huang, the spokesman for President Tsai Ing-wen, told reporters in Taipei.

Companies including Apple and Amazon have "wrongly labelled" Taiwan and should take immediate actions to correct it, the state-run Legal Daily reported on Wednesday, citing a report released by Chinese government think tanks.

Beijing has stepped up pressure on Taiwan since Tsai, from the pro-independence ruling party, took office in 2016. That has included rising Chinese scrutiny over how companies from airlines, such as Air Canada, to retailers, such as Gap, refer to the democratic island in recent months.