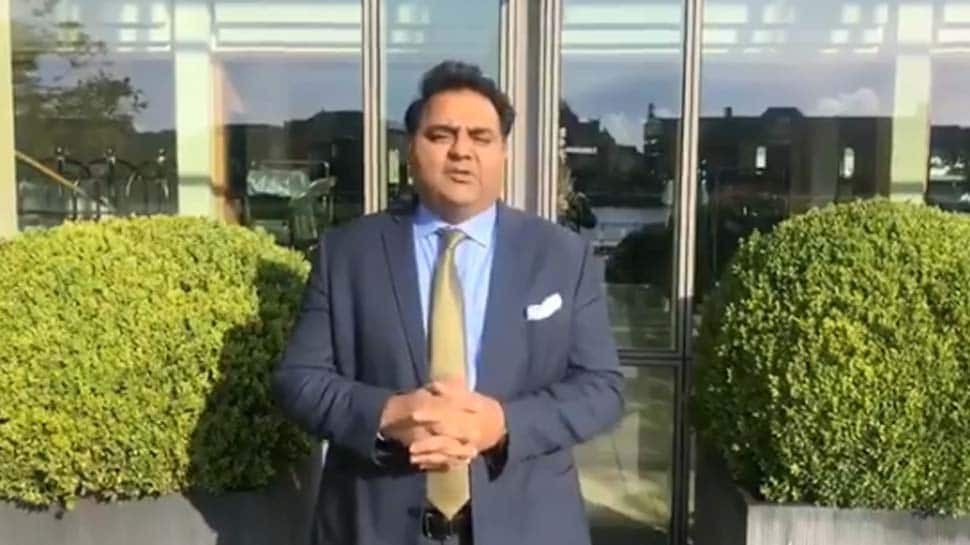 Hours after former Congress president Rahul Gandhi hit out at Pakistan over the Kashmir issue, Pakistan Science and Technology Minister Fawad Hussain Chaudhry on Wednesday took a jibe at Rahul asking him to "take a stance closer to reality".

Speaking on Prime Minister Narendra Modi-led NDA government’s decision to abrogate Article 370, which granted special status to Jammu and Kashmir, Rahul said that “Kashmir is India’s internal issue”. The Gandhi scion blamed Pakistan for incidents of violence in Jammu and Kashmir, saying “there is violence because it is instigated and supported” by the neighbouring country. He referred to Pakistan as “the prime supporter of terrorism across the world”.

Raking this up, Chaudhry levelled allegations that the biggest problem of Rahul's politics is confusion. Taking to Twitter, he further asked the Congress leader to stand tall like his great great grandfather, Jawaharlal Nehru, calling him a symbol of India's secularism and liberal thinking.

Chaudhry also took to a poem to define the situation which loosely translates to "the tainted brightness, the dawn has been defeated by the evening. The evening that we waited for, is not the same".

Rahul had said, "I disagree with this Govt. on many issues. But, let me make this absolutely clear: Kashmir is India’s internal issue & there is no room for Pakistan or any other foreign country to interfere in it." In another tweet, he said, “There is violence in Jammu & Kashmir. There is violence because it is instigated and supported by Pakistan which is known to be the prime supporter of terrorism across the world.”

The statements by the Congress leader came after Pakistan cited his earlier remarks, over alleged violence in Jammu and Kashmir, in the letter sent by the country to the United Nations. In its letter to the UN, Pakistan had mentioned that even Rahul Gandhi was saying the people were being killed in Jammu and Kashmir.

Pakistan had also made reference to remarks made by former Jammu and Kashmir chief ministers Omar Abdullah and Mehbooba Mufti.

The Congress also seemed to be in damage control mode over Pakistan’s letter to the UN, accusing the neighbour of trying to “justify the pack of lies” and spreading “deliberate misinformation”.

A statement released by Congress media in-charge Randeep Singh Surjewala read, “INC has noticed reports citing an alleged petition moved by Pakistani Government to United Nations on Jammu & Kashmir, wherein the name of Rahul Gandhi has been mischievously dragged to justify the pack of lies and deliberate misinformation being spread by Pakistan. Let no one in the world be in doubt that Jammu, Kashmir and Ladakh were, are and shall always remain an integral part of India. No amount of diabolical deception by Pakistan shall change this irrevocable truth.”