Brexiteers in May`s party accuse her of surrendering to the EU and it was not clear if the assurances she agreed would be enough to win over the 116 additional lawmakers she needs turn around the crushing defeat her deal suffered on January 15. 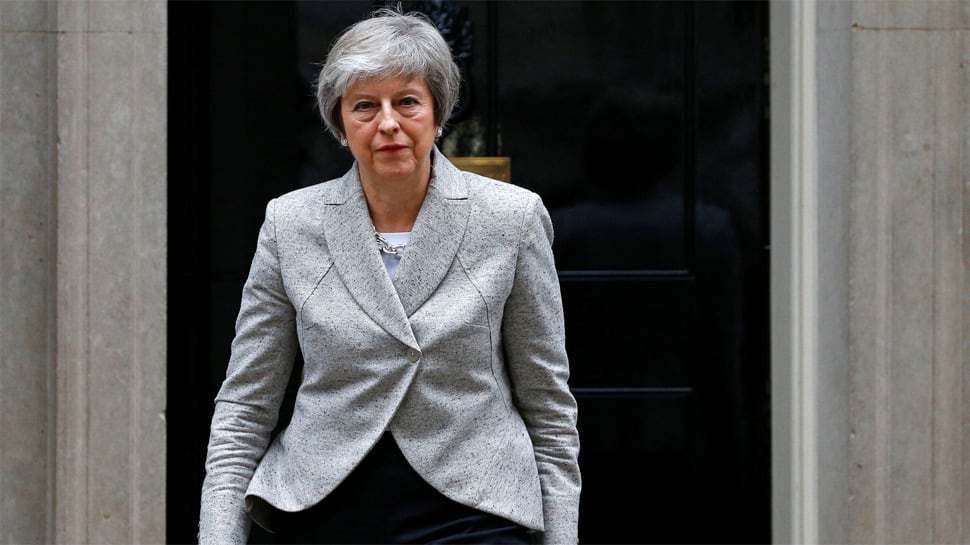 LONDON/BRUSSELS: Prime Minister Theresa May clinched legally binding Brexit assurances from the European Union on Monday in a last-ditch attempt to win over rebellious British lawmakers who have threatened to vote down her divorce deal again.

Scrambling to plot an orderly path out of the Brexit maze just days before the United Kingdom is due to leave on March 29, May rushed to Strasbourg to agree to additional assurances with European Commission President Jean-Claude Juncker.

Brexiteers in May`s party accuse her of surrendering to the EU and it was not clear if the assurances she agreed would be enough to win over the 116 additional lawmakers she needs turn around the crushing defeat her deal suffered on January 15.

Lidington said the sides had agreed a joint legally binding instrument on the Withdrawal Agreement and Protocol on Northern Ireland that confirms the EU cannot try to "trap" the United Kingdom in the Irish backstop indefinitely.

The backstop, an emergency fix aimed at avoiding controls on the sensitive border between the British province of Northern Ireland and EU member Ireland, was the most contentious part of the deal May agreed in November.

"The EU cannot try to trap the UK in the backstop indefinitely, and that doing so would be an explicit breach of the legally binding commitments that both sides have agreed," Lidington said.

The EU and Britain have also agreed a joint statement to supplement the Political Declaration, Lidington said.

The United Kingdom’s tortuous crisis over EU membership is approaching its finale with an extraordinary array of outcomes still possible, including a delay, a last-minute deal, a no-deal Brexit, a snap election or even another referendum. The country voted to leave the EU in a 2016 plebiscite.

In January the British parliament voted to reject May`s deal by 230 votes, the biggest defeat for a government in modern British history. May has promised lawmakers a vote on her deal on Tuesday.

If she loses that vote, she has said lawmakers will get a vote on Wednesday on whether to leave without a deal and, if they reject that, then a vote on whether to ask for a limited delay to Brexit.

Many British lawmakers object to the backstop on the grounds that it could leave Britain subject to EU rules indefinitely or cleave Northern Ireland away from the rest of the United Kingdom.

Brexit-supporting lawmakers said they would look at what May achieves but that she would have to show a clear way for the backstop to end.

"Deal fever abounds tonight, but the crucial point is: will this backstop come to an end?" Conservative lawmaker Steve Baker said ahead of Lidington`s statement to parliament.

Brexit will pitch the world`s fifth largest economy into the unknown and many fear it will serve to divide the West as it grapples with both the unconventional presidency of Donald Trump and growing assertiveness from Russia and China.

Supporters of Brexit say that while the divorce might bring some short-term instability, in the longer term it will allow the United Kingdom to thrive and also enable deeper EU integration without such a powerful reluctant member.

Theresa May scrambles to find a deal as Brexit crunch looms