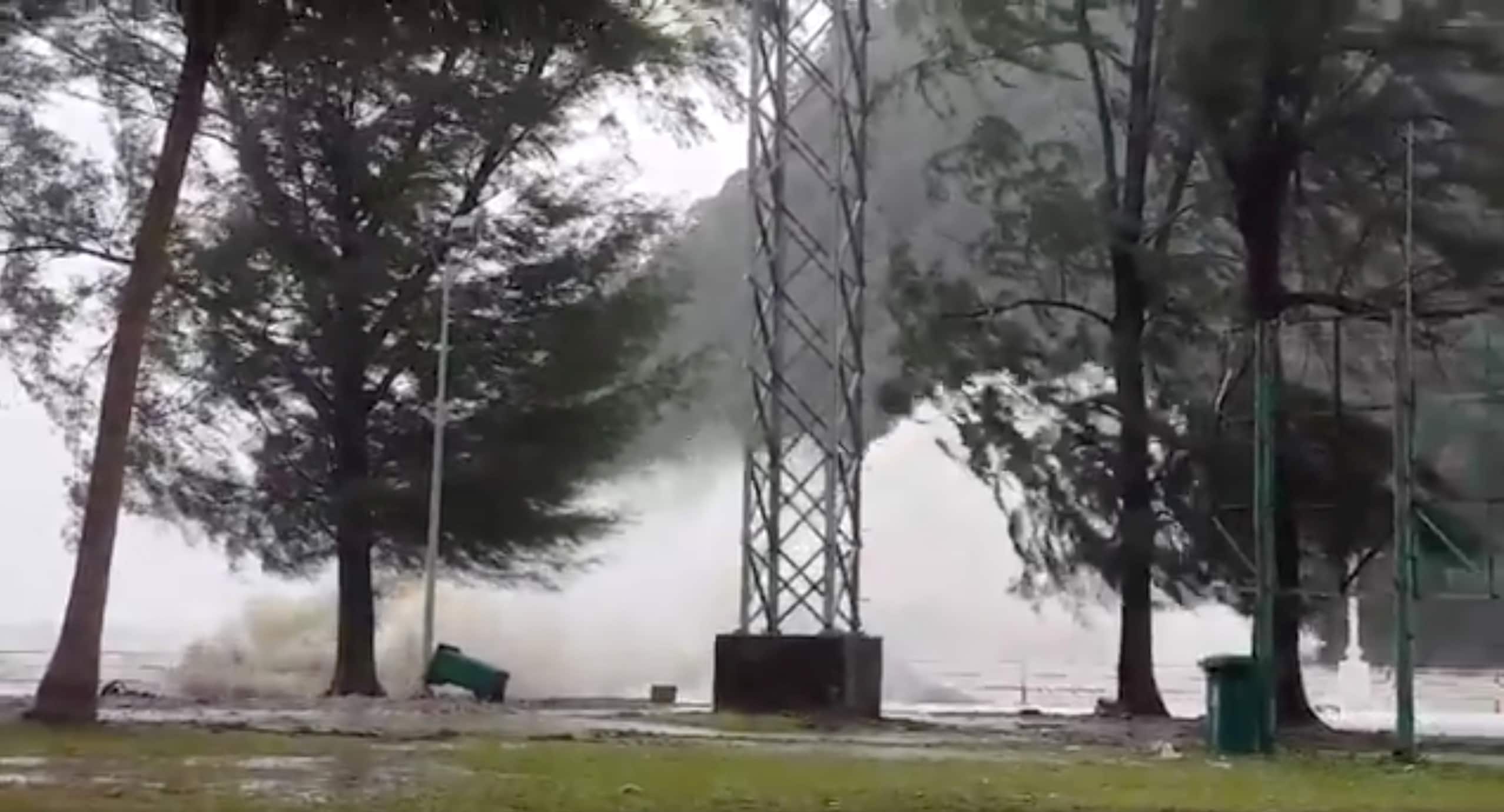 Bangkok: Thailand`s first tropical storm in three decades, packing winds of up to 80 kph (50 mph), is expected to make landfall on Friday evening, sending thousands of people flocking to shelter inland and shutting down two major airports. The winds accompanying tropical storm Pabuk churned up high waves and gusts in the Gulf of Thailand, ahead of its arrival in the southern province of Nakhon Si Thammarat.

Weather officials warned of torrential downpours and strong winds in 15 provinces in the Thai south, home to one of the world`s largest natural rubber plantations and several islands thronged by tourists.
"The strong winds are forecast with waves up to 3 to 5 meters high in the Gulf and 2 to 3 meters high in the Andaman Sea. All ships (should) keep ashore," the Thai Meteorological Department said in a statement early on Friday.

The conditions would persist into Saturday, it added.  Over the past few days, 6,176 people have been evacuated to shelters from Nakhon Si Thammarat as well as the provinces of Pattani, Songkhla and Yala, the Department of Disaster Prevention and Mitigation has said. The Nakhon Si Thammarat airport announced it had closed, and low-cost Nok Airlines Pcl said it had cancelled all eight flights to and from the province.

The Surat Thani airport will also close from Friday afternoon to Saturday, cancelling flights by Nok Airlines, Lion Air, and Thai Smile, a subsidiary of national carrier Thai Airways. Earlier, Bangkok Airways Pcl also announced it had canceled all flights to and from the holiday destination of Koh Samui, where ferry services have also been suspended. National energy company PTT Exploration and Production Pcl said it had suspended operations at Bongkot and Erawan, two of the country`s biggest gas fields in the Gulf of Thailand.