Biden said his team is refining national strategy to monitor and disrupt significant terrorist threats not only in Afghanistan, but anywhere they may arise. 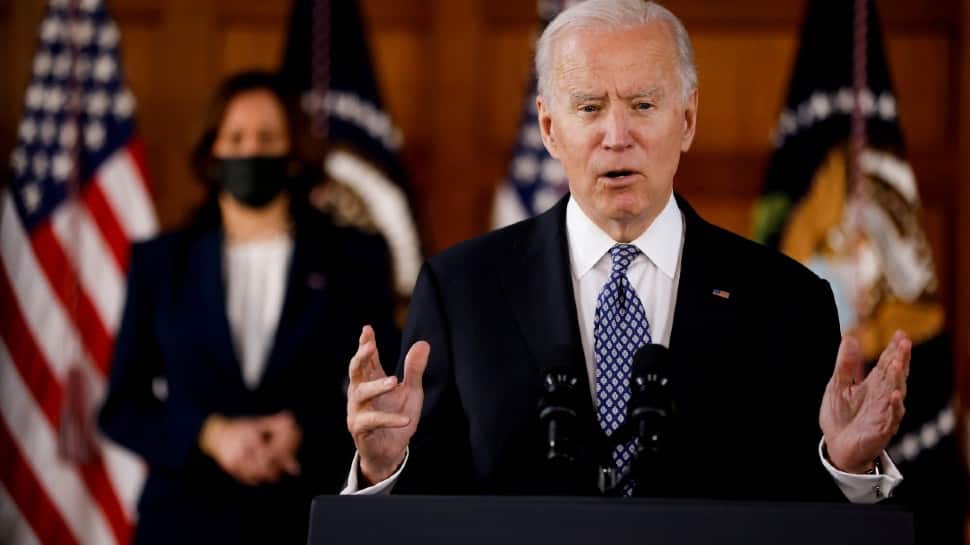 Washington: US President Joe Biden made an announcement on Thursday that all American troops would be withdrawn from Afghanistan by September 11, 2021.

The North Atlantic Treaty Organization’s (NATO) withdrawal of troops from Afghanistan would mean bringing to an end the country's longest war, spanning across two decades.

"US troops, as well as forces deployed by our NATO (North Atlantic Treaty Organization) Allies and operational partners, will be out of Afghanistan before we mark the 20th anniversary of that heinous attack on September 11 (2001),” said President Biden during a televised address to the nation from the White House, news agency PTI reported.

After his address, Biden went to the Arlington National Cemetery to pay homage to the American soldiers who died in the Afghanistan war, which began in 2001 after Al Qaeda terrorists based in Afghanistan attacked the World Trade Centre in New York.

He further spoke about the decision at the cemetery and said the troop-pullout was not a tough decision.

"No, it wasn't. To me, it was absolutely clear. Absolutely clear. We went for two reasons: to get rid of (Al Qaeda chief Osama) Bin Laden and to end the safe haven. From the very beginning, you may recall, I never thought we were there to somehow unify Afghanistan. It's never been done," the President told reporters.

In his address to the nation, President Biden reiterated that his administration would remain alert to the threat of terrorism.

Biden said his team is refining national strategy to monitor and disrupt significant terrorist threats not only in Afghanistan, but anywhere they may arise - Africa, Europe, the Middle East, and elsewhere.

“The United States will begin our final withdrawal -- begin it on May 1 of this year. We will not conduct a hasty rush to the exit. We'll do it responsibly, deliberately, and safely. And we will do it in full coordination with our allies and partners, who now have more forces in Afghanistan than we do,” the President said.

"The Taliban should know that if they attack us as we draw down, we will defend ourselves and our partners with all the tools at our disposal,” he added.

The US and the Taliban signed a landmark deal in Doha on February 29, 2020 to bring lasting peace in war-torn Afghanistan and allow US troops to return home from America's longest war.

Under the US-Taliban pact signed in Doha, the US agreed to withdraw all its soldiers from Afghanistan in 14 months.

Since the US-led invasion that ousted the Taliban after the September 11, 2001 attacks, America has spent more than USD 1 trillion in fighting and rebuilding in Afghanistan.

About 2,400 US soldiers have been killed, along with tens of thousands of Afghan troops, Taliban insurgents and Afghan civilians.

UP Board Evaluation Criteria: Know CM Yogi government's evaluation criteria for UP Board results