At least 35 people have so far been killed and 17 others are missing as typhoon Hagibis ripped through Japan including Tokyo`s metropolitan area, causing multiple rivers to overflow and power blackouts in 376,000 houses. 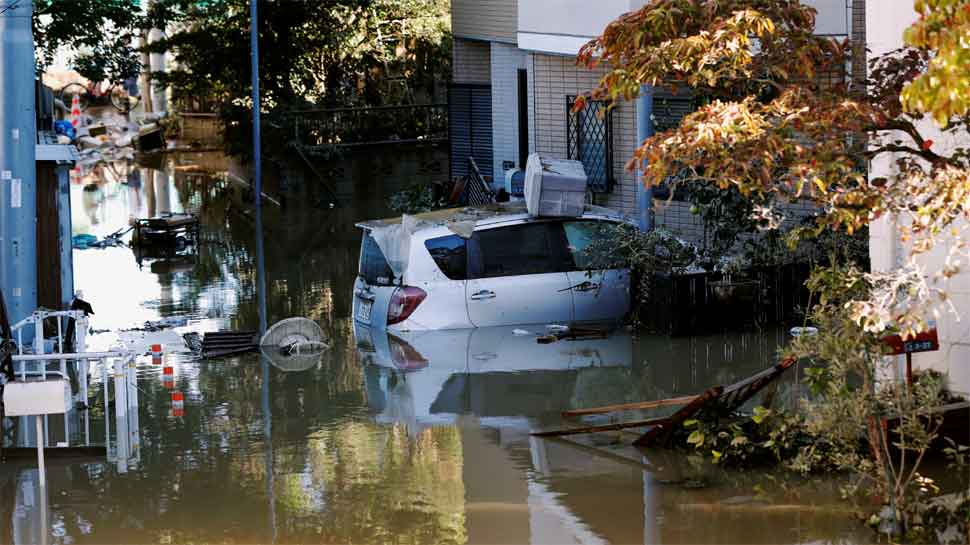 Tokyo [Japan]: At least 35 people have so far been killed and 17 others are missing as typhoon Hagibis ripped through Japan including Tokyo`s metropolitan area, causing multiple rivers to overflow and power blackouts in 376,000 houses.

According to information provided by rescuers and authorities, more than 100 people were injured across the country after typhoon Hagibis, meaning `swift` in the Philippine language Tagalog, made landfall on Japan`s main island of Honshu before 7 pm (local time) on Saturday. Apart from the 376,000 homes that experienced no electricity, 14,000 had no running water after the typhoon Hagibis hit, said Chief Cabinet Secretary Yoshihide Suga at a press conference on Sunday.

According to the Ministry of Land, Infrastructure, Transport, and Tourism, at least 48 landslides and mudflows have been reported in 12 prefectures, and embankments of 21 rivers collapsed. As an emergency measure, some dams released water to avoid bursting.

The government has dispatched some 27,000 Self-Defense Force personnel for rescue and relief operations across the country. Nagano Prefecture was one of the hardest-hit areas as the bank of the Chikuma river collapsed, causing massive flooding in residential areas, with officials of the city of Nagano and neighbouring cities calling on residents to take utmost caution for their safety.

The Land Ministry estimated that some of those areas may see floodwaters of up to 5 meters deep, where stranded residents were seen waving from a second-floor balcony. Bullet trains were also seen engulfed by floodwater at East Japan Railway Co`s railyard near Nagano Station.

According to the company, 10 trains, with a total of 120 carriages, have been confirmed damaged, which means one-third of its bullet trains used for Hokuriku Shinkansen line have been damaged by flooding. The Japan Meteorological Agency had issued the highest downpour warning on its one-to-five scale for Tokyo and the other 12 prefectures and gradually lifted all the warnings on Saturday night.

So far the typhoon has weakened to an extra-tropical cyclone off Japan`s northeastern coast. Most train services resumed operations after large-scale suspensions, while Japan Airlines Co. and All Nippon Airways Co. officials said most of their flights will return to normal on Monday. Stores and supermarkets that were closed on Saturday in Tokyo have also gradually started operation on Sunday afternoon.