The 35-day partial shutdown ended on January 25 with Trump agreeing to temporarily reopen the government without any money for his wall. 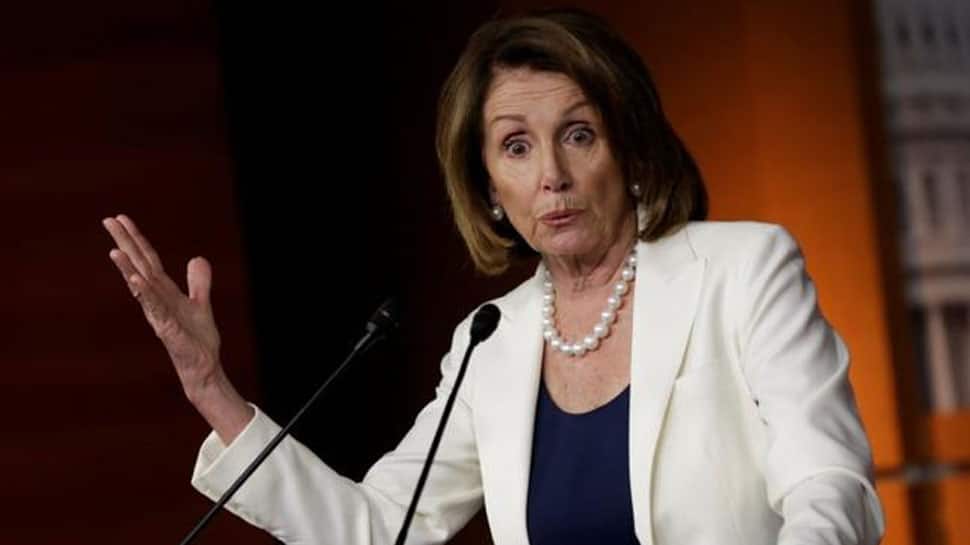 Washington: US President Donald Trump has accepted House Speaker Nancy Pelosi`s invitation to deliver his State of the Union address on February 5, putting Trump on track to deliver his primetime speech to a nation still reeling from the longest government shutdown in history.

Trump sent a letter to Pelosi on Monday evening saying it was his "great honour" to accept her invitation, reports The Washington Post. "We have a great story to tell and yet, great goals to achieve!" he said in the letter, which was released by the White House.

Pelosi, who stood firm and got Trump to concede to reopen the government last week without getting any of the $5.7 funding for his long-promised US-Mexico border wall, will be seated behind the President as he delivers his speech.

"When I wrote to you on January 23, I stated that we should work together to find a mutually agreeable date when government has reopened to schedule this year`s State of the Union address," Pelosi stated in a letter to Trump earlier on Monday.

"In our conversation today, we agreed on February 5... Therefore, I invite you to deliver your State of the Union address before a Joint Session of Congress on February 5, 2019, in the House Chamber." The annual speech had been initially scheduled for January 29, but Pelosi suggested Trump to postpone the address due to the partial government shutdown.

In retaliation, Trump cancelled a trip by Pelosi and other House Democrats to Afghanistan aboard a military aircraft. He later insisted he would deliver the speech, then relented after she disagreed, The Washington Post reported.

The 35-day partial shutdown ended on January 25 with Trump agreeing to temporarily reopen the government without any money for his wall. The deal reopened the government through February 15, meaning that Trump will be delivering his address as the threat of a second shutdown looms.

Trump is mulling declaring a national emergency if a bipartisan, bicameral congressional committee does not produce a deal that includes $5.7 billion in border wall funding.