The quake struck out at sea at a revised depth of 36 km (22 miles) and several smaller aftershocks followed, according to the Indonesian geophysics agency BMKG. 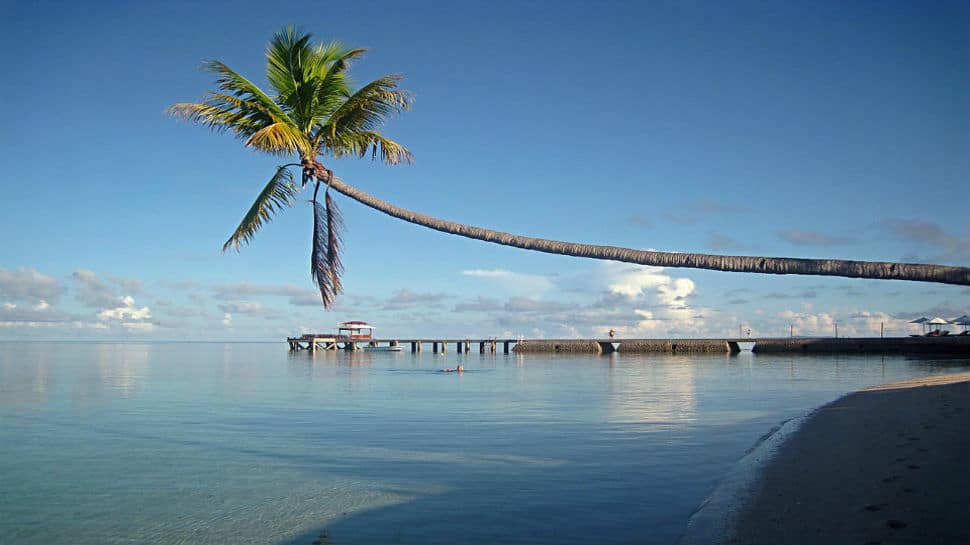 Tsunami alert has been issued in the otherwise tranquil seas of Sulawesi. (File photo courtesy Pixabay)
Share:
Edited By:

Jakarta: A 6.9 magnitude earthquake struck off the northeastern coast of Indonesia’s Sulawesi island late on Sunday, according to the US Geological Survey, prompting authorities to issue a tsunami warning for eight cities near the epicenter.

The quake struck out at sea at a revised depth of 36 km (22 miles) and several smaller aftershocks followed, according to the Indonesian geophysics agency BMKG. There were no immediate reports of casualties.

The agency had not lifted the tsunami warning over an hour after the quake, a spokesman told Reuters.

"We have not ended it because we are still monitoring the tide gauges for high waves...though none have been recorded yet," Rahmat Triyono, a BMKG official, told Kompas TV.

Some hospitals in the city of Ternate, around 130 km (80 miles) from the epicenter, sustained minor damage and had to evacuate patients, according to media.

Residents in the seaside resort city of Manado, 185 km (115 miles) from the epicenter, said the quake was felt strongly for several seconds but no damage was reported.