Turkey has made its decision for clearing northern Syria of "terrorists", President Recep Tayyip Erdogan said on Monday, vowing to launch a military campaign into the east of Euphrates at any moment. 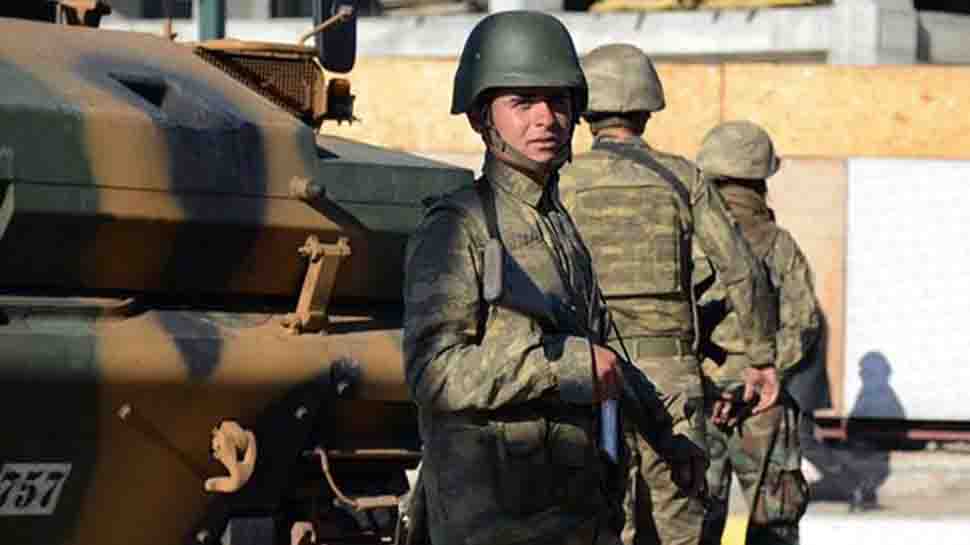 Ankara: The Turkish Army has completed all preparations for a military operation in the east of Euphrates River in Syria to establish a safe zone, the country's Defence Ministry said on Tuesday.

"The establishment of a Safe Zone/Peace Corridor is indispensable for Syrians to have a safe life by contributing to the stability and peace of our region," the Ministry said on Twitter.

"Turkish Armed Forces will never tolerate the creation of a terror corridor at our borders. All preparations for the operation have been completed."

Turkey has already made its decision for clearing northern Syria of "terrorists", President Recep Tayyip Erdogan said on Monday, vowing to launch a military campaign into the east of Euphrates at any moment, Xinhua news agency reported.

He announced that US troops have started withdrawing from northern Syria after he held a phone conversation with his US counterpart Donald Trump late Sunday.

"Turkey will soon be moving forward with its long-planned operation into northern Syria," White House Press Secretary Stephanie Grisham said in a statement, noting that Washington would not intervene in a Turkish offensive.

The People`s Protection Units (YPG), which controls the east of the Euphrates, was a key partner of the US in the fight against the Islamic State, but Ankara considers it as a "terrorist" offshoot of the outlawed Kurdish Workers` Party (PKK) in Syria.