Faxai made landfall on Monday and wreaked havoc in the Chiba prefecture with a provisional toll of three dead and dozens of injured, as well as causing serious disruptions to public transportation. 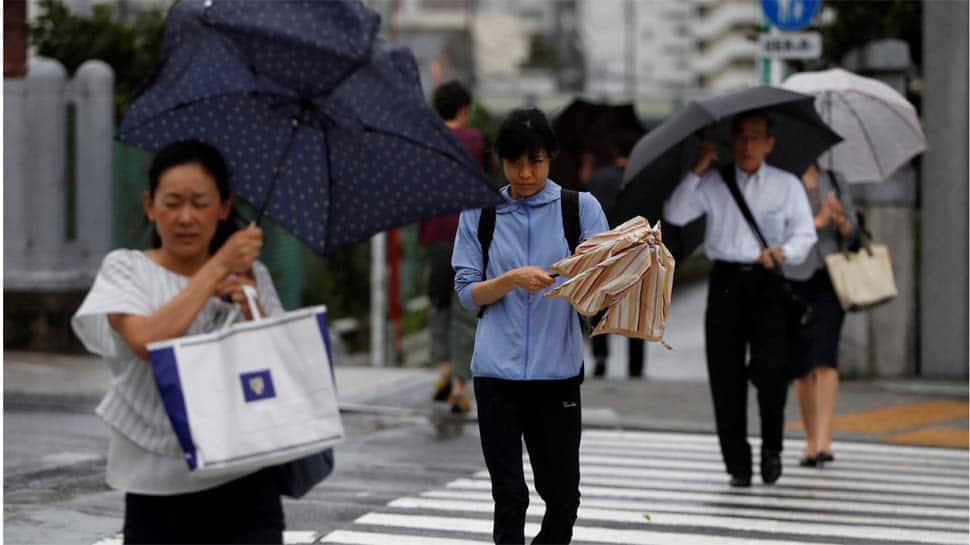 Tokyo: About 17,000 passengers were left stranded at Tokyo`s Narita International Airport on Tuesday due to transit disruptions caused by the typhoon Faxai that hit the Japanese archipelago.

Faxai made landfall on Monday and wreaked havoc in the Chiba prefecture with a provisional toll of three dead and dozens of injured, as well as causing serious disruptions to public transportation, reports Efe news.

Narita, which is located in Chiba and is one of the two international airports serving Tokyo - along with Haneda - was particularly affected, as the main train and bus links to the city were suspended due to the effects of the typhoon.

Although more than a 100 flights had to be cancelled on Monday because of the typhoon, operations in Narita resumed gradually over the course of the day. However, upon arrival at the airport, thousands of passengers remained stuck there due to the lack of transportation to Tokyo.

One traveller told Efe news that his flight arrived on Monday in Narita at around 5.30 p.m. and after 12 hours of waiting at the airport, he was able to reach the Tokyo metropolitan area early on Tuesday.

Trains from Narita to Tokyo have resumed their operations in recent hours, allowing many passengers to travel to the city.

The terminal operator said the JR, Sky Access and collective bus lines were now operating normally and apologized for the inconvenience to the public.

The other international airport serving Tokyo, Haneda - located in the south of the greater metropolitan area - was not affected as much as Narita by the 15th typhoon of the season.