India and Pakistan are now members of the SCO 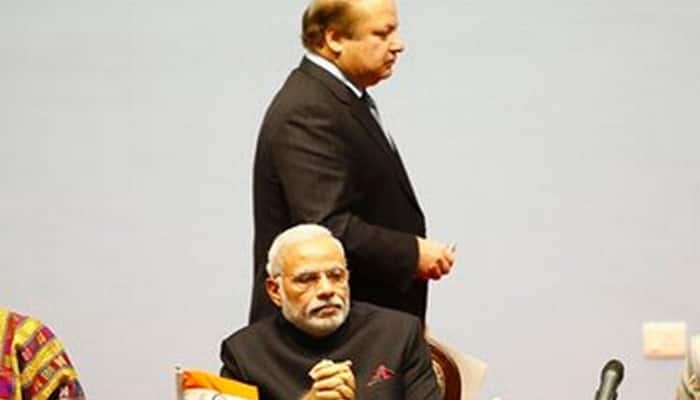 United Nations: UN Secretary-General Antonio Guterres has congratulated India and Pakistan on getting full membership of the Shanghai Cooperation Organisation (SCO), a China-dominated security grouping increasingly seen as a counterweight to NATO.

"I would also like to congratulate your new members: India and Pakistan. Today's summit marks a new phase in the group?s development, broadening both its scope and its impact on the world," Guterres said in his remarks to the Council of Heads of State of the SCO in Astana yesterday.

He said the SCO plays a valuable role in promoting mutual understanding, dialogue, stability and development across much of Eurasia.

"You are working together to combat some of today's key threats to peace and security, including terrorism, violent extremism, drug trafficking and organized crime. These are complex challenges that require a collective response, as no country can effectively confront them alone," he said.

Capping a two-year-long process, India and Pakistan yesterday became full members of SCO. India's membership was strongly pushed by Russia while Pakistan's entry into the grouping was backed by China. With the expansion of the grouping, the SCO will now represent over 40 per cent of humanity and nearly 20 per cent of the global GDP.

As an SCO member, India is expected to have a bigger say in pressing for concerted action in dealing with terrorism as well as on issues relating to security and defence in the region.

"India and Pakistan are now members of the SCO. It is a very important moment for us," Kazakhstan President Nursultan Nazarbayev, who is the current chair of the SCO, said, making the announcement at the Summit of the grouping here.

Guterres said cooperation between the UN and the SCO is based on a solid foundation.

"This is especially important at a moment when we are all being tested on many fronts, as globalisation and rapid urbanisation are re-shaping the world. Major armed conflicts show little sign of ending.

"We are seeing mass movements of people in search of safety and economic opportunity. We are experiencing rising inequality and intolerance, as well as xenophobia and racism. And the impacts of climate change are accelerating by the day," he said.

The UN chief also strongly appealed to world leaders at the summit to show leadership and commitment in efforts to implement the Paris Agreement on climate change.

"We must keep ambition high," he said, days after President Donald Trump withdrew the US from the ambitious climate pact aimed at cutting global greenhouse gas emissions.

Guterres also discussed "regional" and economic issues with Pakistan Prime Minister Nawaz Sharif when the two leaders met in Astana on the sidelines of the SCO summit.

Felipe of Spain, Sharif and Foreign Minister of Iran Mohammad Javad Zarif in the capital city of Kazakhstan.

When asked about the details of the discussion between Sharif and Guterres, Dujarric said, "in his bilaterals, the Secretary-General discussed development issues, including economic development, environmental sustainability, and regional issues."