The United Nations has been struggling to rally donors behind its North Korea programmes, and said its 2018 "Needs and Priorities Plan" for the isolated nation was only funded at 24 percent. 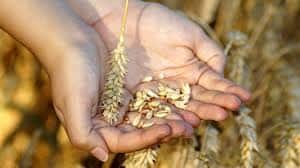 SEOUL: North Korea`s food production last year fell to its lowest level in more than a decade as natural disasters hit the country already under crippling international sanctions over its weapons programme, the United Nations said on Wednesday.

North Korea has for decades been grappling with chronic food shortages in the face of a dysfunctional state ration system and international sanctions imposed over its nuclear and missile programmes.
Last year, Pyongyang called for an "all-out battle" against "an unprecedented heat wave" and its mission to the United Nations in New York last month warned of a food crisis.

A prolonged heat wave, along with typhoon and floods has taken a toll on food harvest, which posted a 9 percent drop from 2017 to the lowest level in more than a decade, the United Nations said.
Margareta Wahlstrom, president of Swedish Red Cross, told Reuters after her visit to the North late last year that maze yields fell more than 30 percent from average levels in some areas and rice prices would likely rise this year, aggravating food security.

That has resulted in a "significant food gap," leaving some 3.8 million, or 6.6 percent of its 25 million population, in urgent need of humanitarian assistance worth $120 million, according to Tapan Mishra, the UN Resident Coordinator in the North.

The United Nations has been struggling to rally donors behind its North Korea programmes, and said its 2018 "Needs and Priorities Plan" for the isolated nation was only funded at 24 percent. Mishra cited international sanctions as a major challenge which has caused delays in aid deliveries and forced other relief groups to scale back their operations in the North.

"Without adequate funding this year, the only option left for some agencies will be to close projects that serve as a life-line for millions of people," Mishra said in a statement.

The United Nations sanctions technically exempt humanitarian activities. But humanitarian aid for the North nearly ground to a halt last year due to strict interpretations of bans on banking and shipping transactions with Pyongyang, as well as a travel ban for United States citizens, according to a dozen officials at United Nations and US civilian organisations.

Last August, the United Nations adopted a US proposal to streamline approval for aid shipments. After meeting with relief groups in January, the United States State Department promised to facilitate their North Korea operations in a move partly aimed at expediting nuclear talks with Pyongyang.

But there is no clear sign of improvement yet, with the complex, one-off approval procedures continuing to slow deliveries of basic food packages, medical equipment and other supplies, according to Mishra and at least four other organisations.

"We would like to see stronger, codified humanitarian protections written into existing regulations rather than each aid delivery and humanitarian delegation being considered on a case-by-case basis," said Daniel Jasper of the American Friends Service Committee, which has run farming projects in North Korea for 20 years.

The Philadelphia-based group, which joined the meeting with United States officials, pointed to the current rules limiting shipments to twice a year as "not practical" especially for health programmes requires round-the-clock support.

"While unintended consequences of sanctions persist, these delays have a real and tangible impact on the aid that we are able to provide to people who desperately need it," Mishra said.