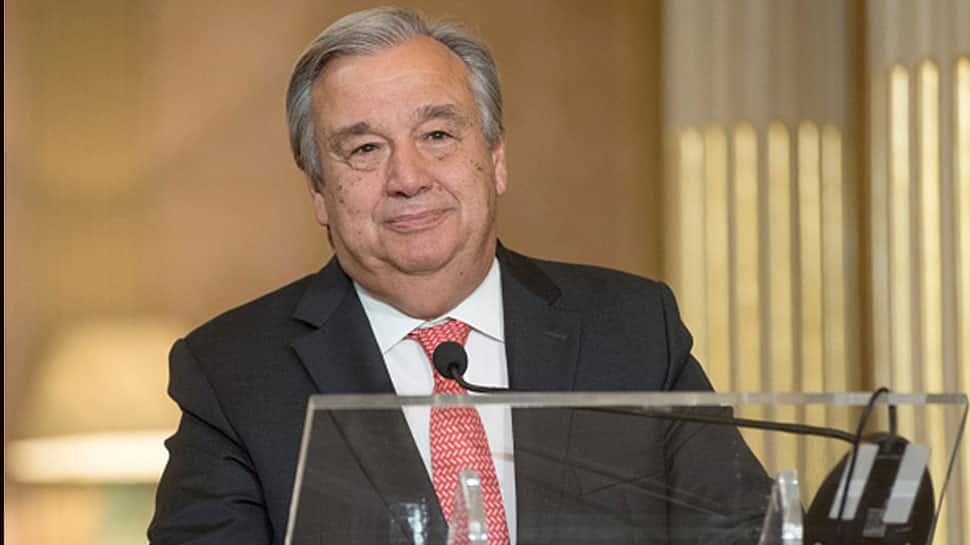 The UN Secretary-General will arrive in Islamabad on Sunday and will hold bilateral meetings with Pakistan's Prime Minister Imran Khan and Foreign Minister Shah Mahmood Qureshi on that day and speak at an event on sustainable development and climate change.

Guru Nanak Dev spent the last 18 years of his life at Kartarpur Sahib, which has now become the world's largest Sikh Gurdwara.

On February 17, Guterres will also speak at the International Conference on 40 Years of Hosting Afghan Refugees in Pakistan, which is being organized by the Pakistan government and the UN Refugee Agency (UNHCR), along with High Commissioner for Refugees Filippo Grandi.

He will participate in a high-level panel discussion and other events at the conference.

The Secretary-General will be in Lahore on February 18, where he will meet students and attend an event on Pakistan's polio vaccination campaign.

He will visit Gurdwara Kartarpur Sahib before returning to New York on February 19.

In November last year, the UN Chief welcomed the opening of the Kartarpur Corridor between India and Pakistan, saying it paved the way for interfaith harmony and understanding.

The Kartarpur Corridor links Dera Baba Sahib in Gurdaspur in India and Gurdwara Kartarpur Sahib in Pakistan. It was opened by Prime Minister Khan on November 9 in a historic people-to-people initiative between the two countries.

The Gurdwara Kartarpur Sahib is located across the Ravi river in Pakistan and is about four kilometers from the Dera Baba Nanak shrine in the Gurdaspur district of Punjab.

According to the agreement between Pakistan and India, 5,000 pilgrims from India can visit the shrine daily and the number can be increased in the future.