Top trade officials from the US and China have started their latest, and possibly the last round of talks to negotiate a comprehensive trade deal before their self-imposed deadline of March 1. 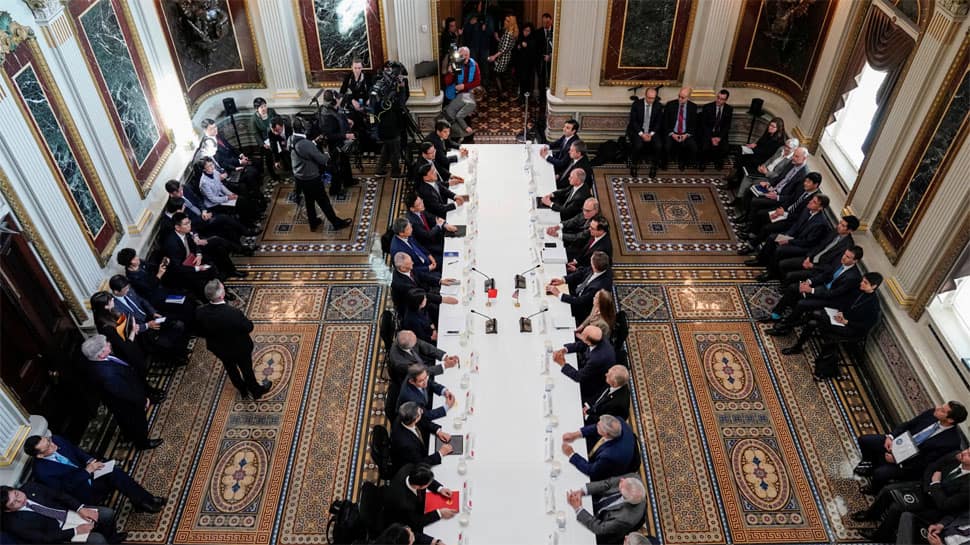 Washington: Top trade officials from the US and China have started their latest, and possibly the last round of talks to negotiate a comprehensive trade deal before their self-imposed deadline of March 1.

US President Donald Trump and his Chinese counterpart Xi Jinping during their dinner summit on December 1 in Buenos Aires had agreed to temporarily pause their trade war till March 1 and arrive at a trade deal by then.

The two countries have held at least half a dozen such rounds of talks since then.

In the absence of a trade deal, Trump has indicated, a fresh round of import duties will be imposed on Chinese products. However, the US president is wiling to extend the deadline and not impose fresh import duties, if he sees progress in the talks.

The American delegation for the talks on Thursday was led by US Trade Representative (USTR) Robert Lighthizer and included Treasury Secretary Steven Mnuchin and Commerce Secretary Wilbur Ross. The Chinese delegation was led by Vice Premier Liu He and included the Central Bank Governor Yi Gang among others.

This is the fourth time Liu He, who is also special envoy of President Xi Jinping, is travelling to the US for trade talks. The high-level talks are expect to last for two days.

"Continuing discussions about the trade relationship between the United States and China," the USTR tweeted.