China has pledged to take measures to step-up American imports and investments to meet the US' demand of bringing down the USD 375 billion bilateral trade deficit. 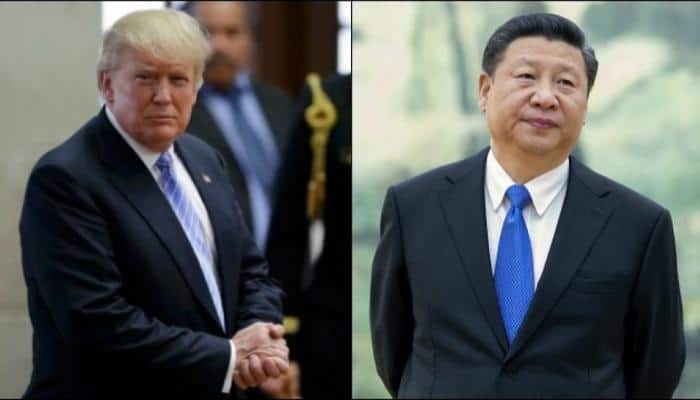 Washington: The US and China are dealing the trade negotiations at the highest levels, President Donald Trump said, claiming that America's steel industry has come "roaring back" following the last year's tariff hikes. The Trump administration imposed heavy tariffs on imported steel and aluminium items in March last year, a move that sparked fears of a global trade war.

In the past, China, the world's second largest economy after the US, imposed tit-for-tat tariffs on billions of dollars worth of American imports. An agreement reached between the two countries on the margins of the G20 summit in Argentina in November deferred the imposition of further tariffs till March. China has pledged to take measures to step-up American imports and investments to meet the US' demand of bringing down the USD 375 billion bilateral trade deficit. March 1, 2019 is the deadline for implementing the measures.

Currently, top officials from the United States and China are involved in trade negotiations. Trump told reporters during a Rose Garden news conference: "We have a massive trade negotiation going on with China. President Xi (Jinping) is very much involved; so am I. We're dealing at the highest levels and we're doing very well.

"In the meantime, we've taken in billions and billions of dollars in tariffs from China, and from others. Our steel industry has come roaring back, and that makes me very happy". In November, Trump and Xi met in Buenos Aires. "China is paying us tremendous tariffs. We're getting billions and billions of dollars of money pouring into the Treasury of the United States, which, in history, we've never gotten from China. As you know, it's been very unfair, he said.

Trump said he had a fantastic meeting with President Xi and they both like and respect each other. "One of the things that came out of that meeting was fentanyl. As you know, almost all of it comes from China. And he's going to now criminalise the making of fentanyl. I think that could have a tremendous -- and I thanked President Xi very much,he said. Trump said his meeting with Xi in Argentina was supposed to last for about 45 minutes, but it ended up being almost four hours.

It was a great meeting. We'll see what happens. You never know with a deal, he said. China, he told reporters, is not doing well now in economy. We are doing very well. But we're taking in billions and billions of dollars, and I hope we're going to make a deal with China. If we don't, they're paying us tens of billions of dollars' worth of tariffs. It's not the worst thing in the world.

"Apple makes its product in China which is the biggest beneficiary of Apple, more than us, because they build their product mostly there. But now he is investing USD 350 billion because of what we did with taxes and the incentives that we created. In the United States, he's going to build a campus, and lots of other places," Trump added.