US envoy raises prospect of US compromise in North Korea talks

Biegun will arrive in Seoul on Sunday for meetings with South Korean officials, before holding talks with North Korean negotiators. 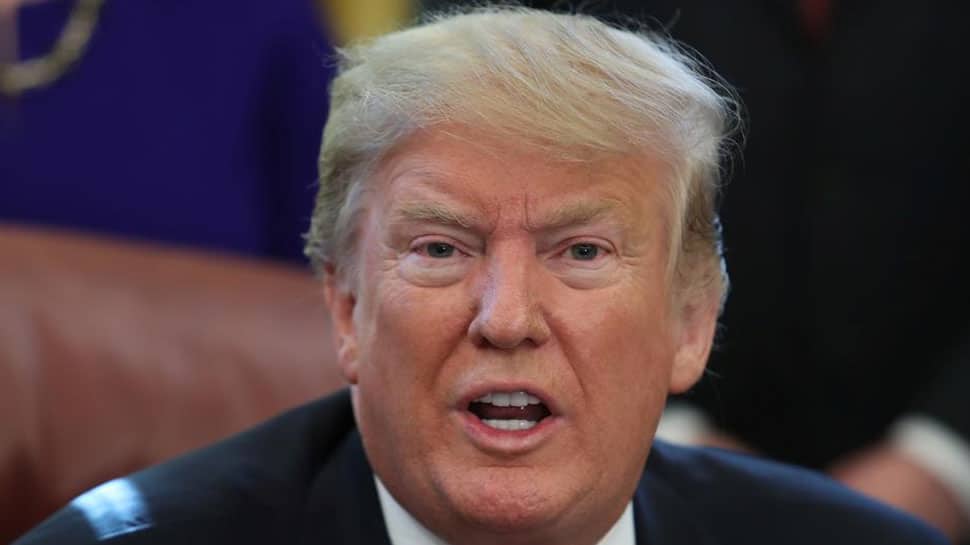 WASHINGTON: Washington is willing to discuss "many actions" to improve ties and entice Pyongyang to give up nuclear weapons, the United States special envoy for North Korea said on Thursday, but set out an extensive list of demands for the North, including a full disclosure of its weapons program.

In a speech at Stanford University in Palo Alto, California, envoy Stephen Biegun did not elaborate on what concessions the United States might make, but said the "corresponding measures" demanded by North Korea would be the subject of talks next week.

Biegun will arrive in Seoul on Sunday for meetings with South Korean officials, before holding talks with North Korean negotiators. "From our side, we are prepared to discuss many actions that could help build trust between our two countries and advance further progress in parallel on the Singapore summit objectives of transforming relations, establishing a permanent peace regime on the peninsula, and complete denuclearisation," he said.

Trump hailed "tremendous progress" in his dealings with the North Korea and told reporters in the Oval Office on Thursday that the date and location of a second summit with Kim would be announced "early next week" and probably during his State of the Union speech on Tuesday.

North Korea has complained that the United States has done little to reciprocate for its actions so far to dismantle some weapons facilities and freeze its weapons testing. It has repeatedly urged a lifting of punishing US-led sanctions and also a formal end to the war, as well as security guarantees.

In his most detailed public remarks on his approach to North Korea after five months in his role, Biegun said the United States had told the North it was prepared to pursue commitments made in Singapore "simultaneously and in parallel" and had already eased rules on delivery of humanitarian aid to it.

Still, he outlined a long list of demands North Korea would eventually need to meet, such as allowing expert access and monitoring mechanisms of nuclear and missile sites. It would have to "ultimately ensure removal or destruction of stockpiles of fissile material, weapons, missiles, launchers and other weapons of mass destruction," he added.

Pyongyang has rejected making an itemized declaration of its weapons programs for decades.

Biegun said Kim committed, during an October visit by S Secretary of State Mike Pompeo, to the dismantling and destruction of plutonium and uranium enrichment facilities. The information from Biegun goes further than remarks by Pompeo himself after his trip and beyond any public statement by Pyongyang.

While Biegun conceded there was "more work ahead of us than behind us," Trump appeared upbeat about the prospects for a second summit with Kim.

"They very much want the meeting," Trump said in his Oval Office remarks. "And I think they really want to do something, and we`ll see." On Wednesday, Pompeo said North Korea had agreed the summit would be held at the end of February and it would be "some place in Asia."

Last June`s Singapore summit produced a vague commitment by Kim to work toward the denuclearisation of the Korean peninsula, where US troops have been stationed in the South since the 1950-53 Korean War.

Still, Pyongyang has yet to take concrete steps in that direction, in Washington`s view, and the director of US national intelligence, Dan Coats, told Congress on Tuesday it was unlikely to give up all its nuclear weapons and has continued activity inconsistent with pledges to denuclearize.

The State Department said Biegun`s trip to South Korea on Feb. 3 will include talks with his North Korean counterpart Kim Hyok Chol "to discuss next steps to advance our objective of the final fully verified denuclearisation of North Korea and steps to make further progress on all the commitments the two leaders made in Singapore."

Responding to questions, Biegun said the United States would not lift sanctions until North Korean denuclearisation was complete, but added: "We did not say we will not do anything until you do everything."

Biegun said both he and Trump were convinced it was time to move past 70 years of war and hostility on the Korean Peninsula, but stopped short of suggesting the summit could yield an end-of-war declaration North Korea has been seeking.

However, he added: "If we are doing the right thing on nuclear weapons, it makes it a lot more conceivable that there would be a permanent peace regime on the Korean Peninsula." But he cautioned, "These things are going to move haltingly along different courses."

Biegun admitted that the United States and North Korea did not have an agreed definition of denuclearisation, but was blunt about US expectations and said Trump had made clear he expected "significant and verifiable progress on denuclearisation" to emerge from the next summit.

"Before the process of denuclearisation can be final, we must have a complete understanding of the full extent of the North Korean WMD and missile programs through a comprehensive declaration," Biegun said in his speech.

Biegun said the details would have to be tackled in working-level talks to establish conditions "to fundamentally transform the US-North Korean relations and establish peace on the Korean peninsula."
He pledged that once North Korea was denuclearised the United States was prepared to explore with it, and other countries, the best way to mobilize investment there.

Biegun said the past 25 years of talks showed the possibility of failure was great, and stressed, "We need to have contingencies if the diplomatic process fails - which we do."