US envoy visits Seoul ahead of second Trump-Kim summit

President Trump is slated to meet with his North Korean counterpart in the coastal city of Da Nang in Vietnam in the last week of February. 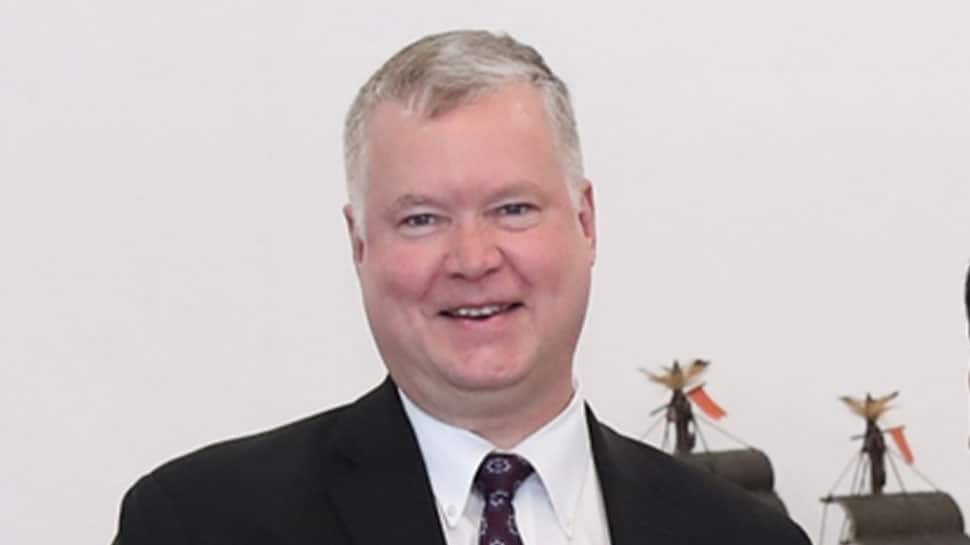 Washington: United States Special Representative for North Korea Stephen Biegun began his three-day visit to South Korea on Sunday to discuss the agendas to be considered in the second summit between US President Donald Trump and North Korean leader Kim Jong-Un slated to be held in February.

Quoting sources, Yonhap news agency reported that Biegun is scheduled to meet Kim Hyok-chol in Panmunjom, a village located on the border between North Korea and South Korea, on Monday.

The US envoy will also meet South Korea`s top nuclear envoy Lee Do-hoon in Seoul to coordinate talks over denuclearisation of the Korean peninsula and the corresponding measures taken by Washington to dilute sanctions imposed on Pyongyang.

President Trump is slated to meet with his North Korean counterpart in the coastal city of Da Nang in Vietnam in the last week of February.

On Saturday, CNN quoted a senior US administration official as stating that Trump`s agenda during the meeting is still not concrete. The second meeting was announced by the White House on January 18 following discussions with Kim Yong Chol, North Korea`s lead negotiator on nuclear talks.

The landmark summit between the USA and North Korea was held for the first time at Singapore`s Sentosa island in June last year. Leaders from both the nations, US President Donald Trump and North Korean leader Kim Jong-un agreed on a spectrum of things, the most prominent being the complete denuclearisation of the Korean peninsula

Britain set to leave European Union: Should India be worried about Brexit?