Aircraft carriers, typically equipped with about 80 aircraft and crews of about 5,000, are key to the US military`s ability to project power globally. 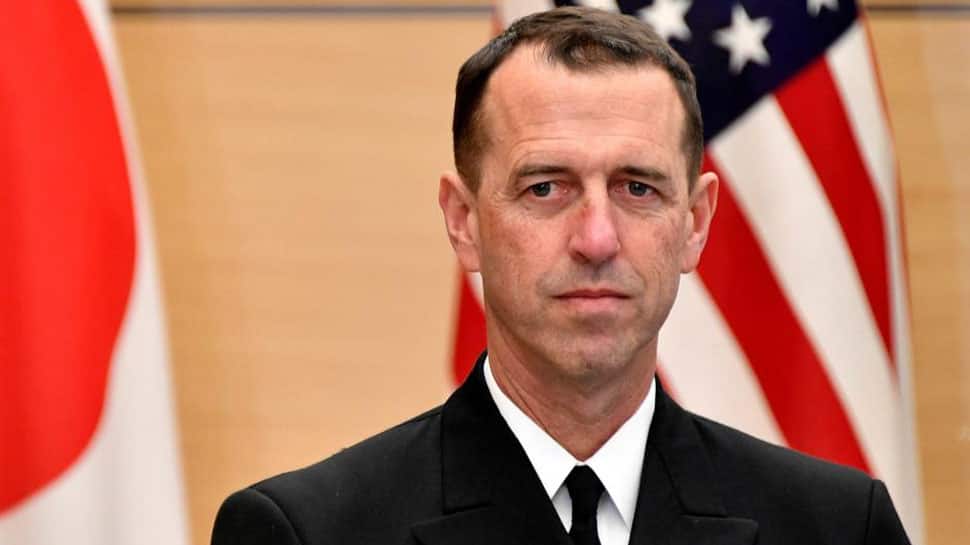 TOKYO: The US Navy has not ruled out sending an aircraft carrier through the Taiwan Strait, despite military technology advances by China that pose a greater threat to US warships than ever before, the chief of US naval operations said on Friday.

Washington sent ships through the strategic waterway three times last year as it makes more frequent transits of the strait that separates Taiwan from the Chinese mainland, but it has not dispatched a carrier in more than 10 years.

During that time, China has modernized its forces with missiles designed to strike enemy ships. "We don`t really see any kind of limitation on whatever type of ship could pass through those waters," Admiral John Richardson told reporters in the Japanese capital, when asked if more advanced Chinese weapons posed too big a risk.

"We see the Taiwan Strait as another (stretch of) international waters, so that`s why we do the transits." Aircraft carriers, typically equipped with about 80 aircraft and crews of about 5,000, are key to the US military`s ability to project power globally.

On Tuesday, a US official told Reuters the United States was closely watching Chinese intentions toward Taiwan as advances in military technology give Beijing`s forces greater capability to occupy an island it considers a breakaway province. In a report, the US Defense Intelligence Agency called Taiwan the "primary driver" for China`s military modernization.

Richardson, who visited China before travelling to Japan, said he told his Chinese counterparts the United States was opposed to any unilateral action by Beijing or Taipei. He also urged China to stick to international rules during unplanned naval encounters at sea.

That request came after a Chinese destroyer approached the USS Decatur in October and forced it to change course as it challenged Chinese territorial claims in the contested South China Sea with a freedom of navigation operation (FONOP).

"We have made this very clear that this was an excursion, a departure from the normal adherence to those rules and we would hope that behaviour in the future would be much more consistent," Richardson said.

"We should not see each other as a threatening presence in these waters." The US Navy continues to pass through waters in the South China Sea that Beijing considers its territory.  On Jan 7, a US guided-missile destroyer sailed within 12 miles of a Chinese-occupied island, prompting Beijing`s rebuke that it had "gravely infringed upon China`s sovereignty".

China, which claims almost all of the strategic waterway, says its intentions are peaceful. Brunei, Indonesia, Malaysia, the Philippines, Taiwan and Vietnam have competing claims.