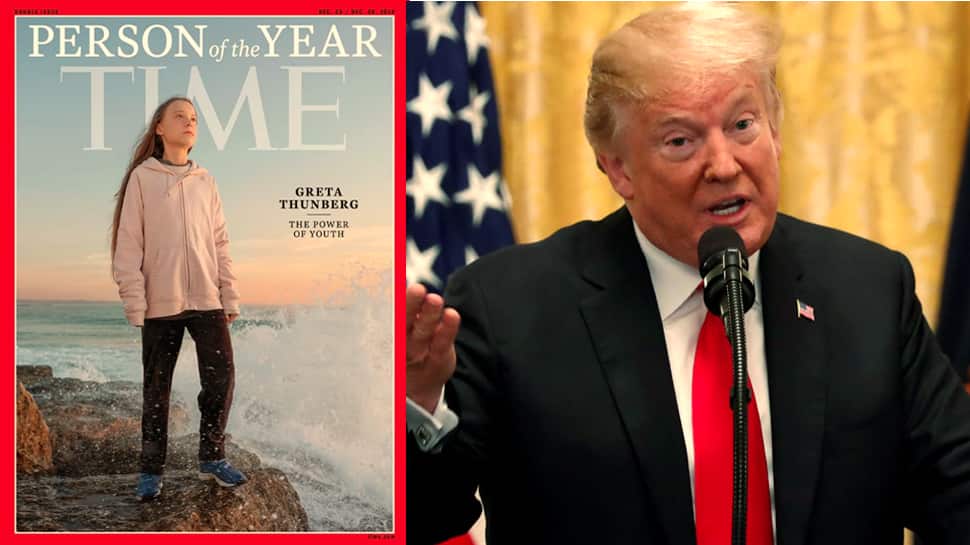 So ridiculous. Greta must work on her Anger Management problem, then go to a good old fashioned movie with a friend! Chill Greta, Chill! https://t.co/M8ZtS8okzE

The 16-year-old Swede, who inspired millions of young people to take action against climate change, was on Wednesday named Time Magazine`s Person of the Year for 2019. Thunberg launched a grassroots campaign aged 15 by skipping school every Friday to demonstrate outside Swedish parliament, pushing for her government to meet its ambitious goals to curb carbon emissions, according to news agency Reuters. Her actions quickly captured people`s imagination, and in September 2019 millions of people took to the streets in cities across the world to support her cause.

"In the 16 months since (her protests began), she has addressed heads of state at the UN, met with the Pope, sparred with the President of the United States and inspired 4 million people to join the global climate strike," Reuters quoted the magazine. She is the youngest individual to have won the accolade. "Margaret Atwood compared her to Joan of Arc. After noticing a hundredfold increase in its usage, lexicographers at Collins Dictionary named Thunberg’s pioneering idea, climate strike, the word of the year," Time added.

Thunberg, who turns 17 in January 2020, is currently in Madrid at a United Nations climate summit where world leaders are wrangling over how to implement a 2015 Paris agreement designed to avert potentially catastrophic global warming. She was typically blunt in her assessment of politicians` efforts. "It seems to have turned into some kind of opportunity for countries to negotiate loopholes and to avoid raising their ambition," she said on stage, drawing applause from an audience that included dozens of her supporters. "I`m sure that if people heard what was going on and what was said ... during these meetings, they would be outraged."