Venezuelans, already suffering from hyperinflation and widespread shortages of food and medicine, say the crisis has worsened over the past month. 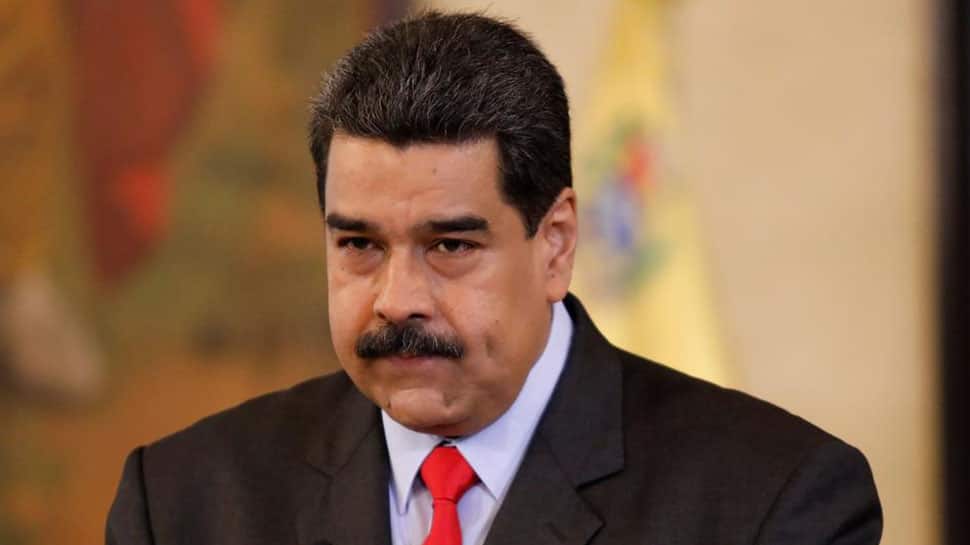 CARACAS: After weeks of power cuts and limited access to water, tens of thousands of Venezuelans took to the streets on Saturday to back opposition leader Juan Guaido and protest against President Nicolas Maduro, who they accuse of wrecking the economy.

Venezuelans, already suffering from hyperinflation and widespread shortages of food and medicine, say the crisis has worsened over the past month. That is when crippling nationwide power outages began to leave vast swaths of territory in the dark for days at a time, cutting off water supplies and cell phone service.

Guaido, head of the opposition-controlled National Assembly and recognized as Venezuela`s legitimate head of state by most Western nations, had called for rallies on Saturday to mark the start of what he has billed as a new wave of "definitive" protests to oust Maduro.

Guaido invoked the constitution to assume an interim presidency in January, denouncing Maduro as a "usurper" for beginning a second term after a 2018 election widely considered fraudulent. Maduro, who retains the support of the military and allies including Russia and China, has derided Guaido as a U.S. puppet and said he will face justice.

In Caracas, thousands of opposition supporters assembled at a main rally point in the eastern El Marques district. Protesters said their homes had been without water for days and many had taken to drawing it from unsanitary pipes or streams running off the Avila mountain overlooking Caracas.

"We have to get rid of this usurper, and we can`t think about anything else," said Claudia Rueda, a 53-year-old homemaker at the protest.

At one point, the crowd chanted, "The water has gone, power has gone, and now Maduro what`s missing is that you go too."

Two massive power outages in recent weeks led Maduro`s government to cancel school classes and left many businesses shuttered. The resumption of services has been uneven, with cities such as San Cristobal, Valencia and Maracay still reporting intermittent blackouts.

"We haven`t just come to demand water and power. We`ve come to demand freedom and democracy," Guaido said at the Caracas rally, surrounded by a cheering crowd. "We can`t let ourselves become used to this, we can`t put up with it, we aren`t going to let these crooks keep hold of our country."

While no immediate protest-related violence was reported in Caracas, witnesses reported clashes between protesters and police in the steamy oil hub of Maracaibo. Demonstrators in the city, in the western state of Zulia, told Reuters police had fired rubber bullet rounds and tear gas to disperse them.

"I`m fed up. They hurt me, and though I was frightened, what it makes me most is angry," said Denis Fernandez, a 25-year-old who said he had been injured by a rubber bullet.

Fernandez said his daughter had almost died from hepatitis a month ago, as hospitals had no supplies to treat her. When there is no electricity for air conditioning, he said he and his wife had taken to fanning their children at night to keep them cool.

The National Assembly, on its Twitter account, said two of its lawmakers had been arrested and then released by authorities at the Maracaibo protest. Venezuela`s Information Ministry did not respond to a request to comment.

Attendees Reuters spoke to echoed Maduro`s statements that the power outages were due to attacks orchestrated by the U.S. government. The opposition, along with power experts, blame the blackouts on the government`s incompetence at maintaining the network and corrupt officials who have pocketed billions of dollars allocated to develop it.

"They`ve resorted to cyber terrorism, to electromagnetic terrorism," Maduro told the crowd. "I ask for understanding ... we are in a true electrical emergency, a true national emergency."

Venezuela`s Constituent Assembly, a parallel legislature controlled by the Socialist Party, on Tuesday approved a measure allowing for the possible prosecution of Guaido by stripping him of his parliamentary immunity.

The chief prosecutor`s office has opened an investigation into Guaido and his alleged links to the blackouts and to "incidents of violence" in January, but it has not yet ordered his arrest or officially charged him with any crime.

The U.S. government on Friday took another step in its efforts to force Maduro out, by imposing new sanctions on Venezuelan oil shipments, and promising "stronger action" against key ally Cuba for helping to keep his government afloat.