Watch: Pakistani anchor on air with daughter to protest rape-murder of 8-year-old girl

“Janaja jitna chhota utna hi bhaari hota hai” – these were the words with which the anchor, Kiran Naz, started her show. 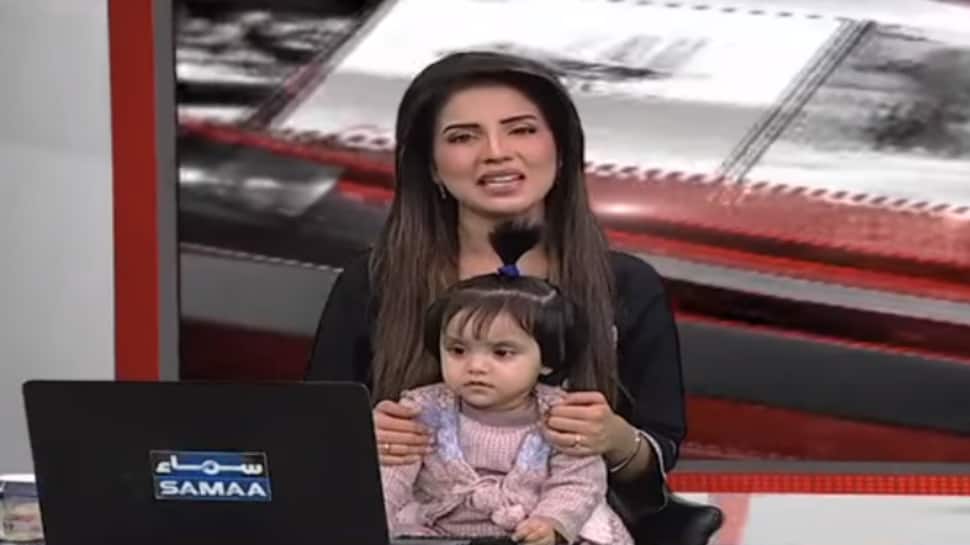 Pakistan is fuming over the rape and murder of an eight-year-old girl, who was found dumped in trash after repeated sexual assault. And making a strong statement in this regard was a Pakistani news anchor, who went on air with her young daughter to mark her protest.

“Janaja jitna chhota utna hi bhaari hota hai” – these were the words with which the anchor, Kiran Naz, started her show, carrying her daughter in his lap. She said that the whole of Pakistan was feeling the burden of one death, which had snatched away a child from her parents.

“Aaj main Kiran Naz nahi hun, aaj main ek maa hun isiliye apni bachchi ke saath aayi hun (I am not Kiran Naz today, I am a mother today and that’s why I have come with my daughter),” she said as she began her show.

The outburst from the news anchor comes after an eight-year-old girl in the Punjab province of Pakistan was raped and murdered when she went for her tuitions.

Even top Pakistan actors, including Mahira Khan and Ali Zafar have condemned the incident, saying “sexual abuse needs to be spoken about openly”.

"This. We need to start talking about sexual abuse openly. We need to include that in our school curriculums. Awareness is key. Associating abuse and rape with shame is why countless go unheard. Stop with the shame," Mahira tweeted on Thursday morning.

Singer and actor Ali Zafar, who has also acted in Bollywood movies, tweeted, "Never been so angry and disgusted in my life. Her parents had gone for Umrah (pilgrimage) when this happened. Imagined their state of mind. Justice has to be served! Justice for (the girl)".

The incident has also sparked an uproar on social media.

Riots erupted in Pakistan's Punjab province on Wednesday over police inaction after the minor's body was found.

The victim was last known to have attended a tuition centre near her house in the Road Kot area last Thursday on January 4, after which she went missing, Dawn reported.

DNA: Story of India’s election caught in the trap of 'free'