'We are reborn': Bougainville votes for independence from Papua New Guinea

The referendum gave voters in the island cluster a choice between independence and greater autonomy. "There`s tears, tears of joy, raw emotion - people have waited a long time," referendum Chairman Bertie Ahern said in the town of Buka. "The pen is always mightier than the sword." 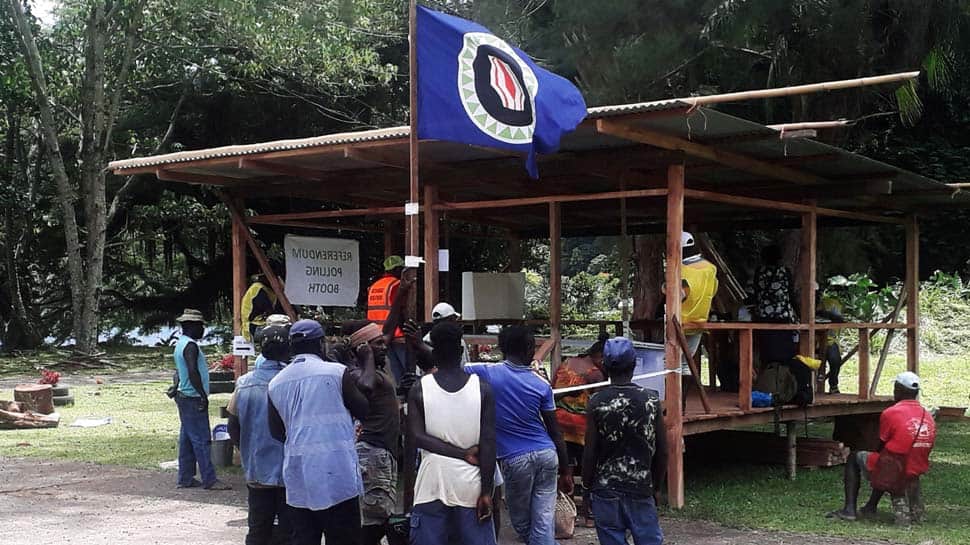 SYDNEY: The South Pacific islands of Bougainville have overwhelmingly voted to be independent of Papua New Guinea, the referendum commission said on Wednesday, in a historic poll that will embolden separatists as they start negotiating the terms of their sovereignty. Almost 98% of the 181,067 votes cast backed independence in the non-binding poll that is part of a peace pact struck in the aftermath of a decade-long war between Bougainville`s rebel fighters and PNG forces, which ended in 1998.

Bougainville`s quest for independence is one of the dozens of separatist movements in play around the world. There is a strong movement in Scotland seeking independence from the United Kingdom, while Catalan separatists in Spain remain active. Thousands of protesting Papuans also recently called for an independence vote, seeking to separate from Indonesia.

The comprehensive vote in Bougainville will be used to strengthen the hand of negotiators as they start discussions on the terms of independence with the PNG government. Any agreement struck in the negotiations would still need to pass through PNG`s parliament.

Just 3,043 voters backed the other option on the ballot - greater autonomy - while a small number of informal votes were recorded. Pajomile Minaka, from Bougainville`s southern region, told Reuters he was taking a law course to equip himself to help rebuild his homeland. "That`s my dream, to go and rebuild," said the 36-year old, who was a child during the conflict. "We need the best policies, the best laws, to be the best country. We are reborn."

The islands are still recovering from the conflict, which killed 20,000 people in a fight over land royalties and pollution in rivers near the now-shuttered Panguna gold and copper project. It was the deadliest conflict in the area since the Second World War. There was a mood of celebration throughout the two-week referendum, which ended on Dec. 7, with many voters carrying Bougainville`s predominantly blue flag to polling stations.

The crowd that assembled at a vote count centre in Buka on Wednesday to hear the results broke out into cheers and applause after the numbers were released. The referendum commission said in a statement that the vote was orderly and peaceful. "We witnessed voting that was informed, free of fear and accessible," it said.

Ballots from different areas were mixed before officials tallied the results to eliminate the risk of reprisals. Once the economic engine of PNG, Bougainville has fallen to the bottom of almost every financial indicator, despite boasting mineral riches, fertile volcanic soil and stunning geography.

Bougainville Vice President Raymond Masono has told Reuters a transition could take 10 years, as the region would need to rebuild its institutions. Discussion over how Bougainville would sustain its independence is likely to dominate negotiations after the referendum, two PNG ministers told Reuters earlier.

Climate activist Greta Thunberg is Time's Person of the Year