We recognise Arunachal Pradesh as Indian territory and oppose any claims over it, says US slamming China indirectly

“For nearly six decades the US has recognized Arunachal Pradesh as Indian territory,” said a US Senior State Department official. 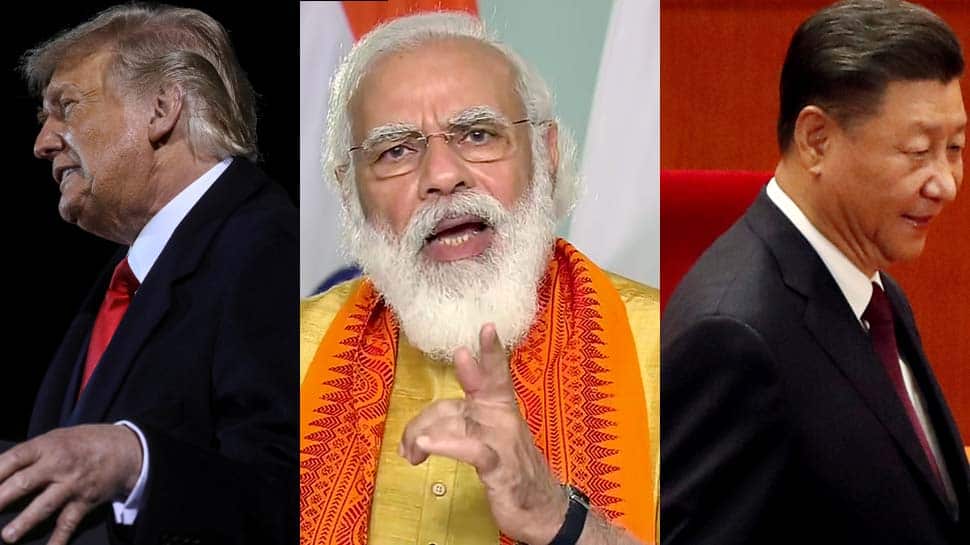 Amid the standoff at the Line of Actual Control (LAC) between India and China, the United States on Thursday said that it has recognised the state of Arunachal Pradesh as India's territory for nearly six decades and strongly opposes any unilateral attempts of advancing claim over it, indirectly targeting China.

“For nearly six decades the US has recognized Arunachal Pradesh as Indian territory. We strongly oppose any unilateral attempts to advance territorial claims by incursions, by military or civilian incursions across the established line of actual control,” said a US Senior State Department official.

"For the disputed boundaries, all we can say is that we encourage India and China to use their existing bilateral channels to discuss those and not resort to military force," said the official.

Earlier in September, the Pentagon had said that China has been using coercive tactics in pursuit of territorial and maritime claims in the South and East China Seas, as well as along its border with India and Bhutan. "Tensions with India persist along the northeastern border near the Indian state of Arunachal Pradesh, which China asserts is part of Tibet and therefore part of China, and near the Aksai Chin region at the western end of the Tibetan Plateau," the Pentagon had said in its report to the Congress.

SENIOR STATE DEPARTMENT OFFICIAL:  I see.  I see.  I mean, we could say that we are – that we’re closely monitoring the situation.  The discussion of where the actual border is, of course, is very – is a very sensitive one, so what we have done in the past is supported both sides’ efforts to achieve a diplomatic settlement that both sides can accept.  We have – our position on some parts of the border for sure is explicitly clear.  For nearly six decades the United States has recognized Arunachal Pradesh as Indian territory.  And – I mean, I guess where I will leave it as saying that we strongly oppose any unilateral attempts to advance territorial claims by incursions, by military or civilian incursions across the border or across the established line of actual control.  And the disputed boundaries, all we can say is that we encourage India and China to use their existing bilateral channels to discuss those and not resort to military force.

While this was the 19th WMCC meet since the mechanism came up in 2012, it is the fifth such meet amid the ongoing tension. At WMCC meets, Joint Secretary (East Asia) in Ministry of External Affairs Naveen Srivastava represents India. China is represented by Director General of the Boundary & Oceanic Department of the Chinese Ministry of Foreign Affairs.

This is the first WMCC meet since the foreign ministers of two countries met in Moscow on the sidelines of the Shanghai Cooperation Organization (SCO) earlier in September in which both sides agreed for disengagement to ease the tension.

During the talks, the two sides had an in-depth exchange of views on the situation and agreed to earnestly implement the five-point consensus reached at the Moscow meeting in Russia between the two foreign ministers.

Both the nations decided to strictly abide by the border affairs agreement and agreement signed by the two countries, and take practical measures to promote the border situation. It was also agreed to further ease the cooling down and avoid any actions that may complicate the situation.

It was decided to step up and properly handle remaining issues on the ground, and jointly maintain peace in the border areas.

After the Foreign Ministers meet, 6th corps commander level talks happened at the Line of Actual Control, and while disengagement by China is yet to happen, both sides agreed to "stop sending more troops to the frontline."

WMCC is an institutional mechanism for consultation and coordination for the management of India - China border areas. During this meet, both sides exchange views on strengthening communication including on areas such as border security personnel of the two sides.

On September 29, the Ministry of External Affairs (MEA) asserted that India never accepted the so-called unilaterally defined 1959 Line of Actual Contro (LAC), adding that the position has been consistent and well known including to the Chinese. The MEA said India urged China to "sincerely and faithfully" abide by all "agreements and understandings in their entirety and refrain from advancing an untenable unilateral interpretation of the LAC".

India and Chinese have been involved in commander talks ever since the Galwan Valley clash in June. On August 29-30, the Indian and Chinese troops were involved in another skirmish as the Indian side sought to push back the Chinese incursion amid the standoff at the border.

"As we have previously made clear, the Indian side has always respected and abided by the LAC. As Defence Minister stated in the Parliament recently, it is the Chinese side which by its attempts to transgress the LAC in various parts of the Western Sector, has tried to unilaterally alter the status quo," it had said.

In the last few months, the Chinese side has repeatedly affirmed that the current situation in the border areas should be resolved in accordance with the agreements signed between the two countries. In the agreement reached between External Affairs Minister and his Chinese counterpart on September 10 also, the Chinese side has reiterated its commitment to abide by all the existing agreements, the MEA had added.

The MEA had added, "We, therefore, expect that the Chinese side will sincerely and faithfully abide by all agreements and understandings in their entirety and refrain from advancing an untenable unilateral interpretation of the LAC."

"Under their various bilateral agreements including the 1993 Agreement on Maintenance of Peace and Tranquility on Confidence Building Measures (CBMs) in the military field, 2005 Agreement on Political Parameters and Guiding Principles for settlement of the India-China boundary question, both India and China have committed to clarification and confirmation of the LAC to reach a common understanding of the alignment of the LAC," the MEA had said.

The MEA had further stated that the "two sides had engaged in an exercise to clarify and confirm the LAC up to 2003 but this process could not proceed further as the Chinese side did not show a willingness to pursue it".

"Therefore the insistence now on of the Chinese side that they is only one LAC is contrary to the solemn commitments made by China in these agreements," the MEA had asserted.

India to operationalize Sittwe port, 'Chabahar of the east', in 2021