Besides the plastic bags, there were also 16 rice sacks and four banana plantation style bags inside the dead whale. 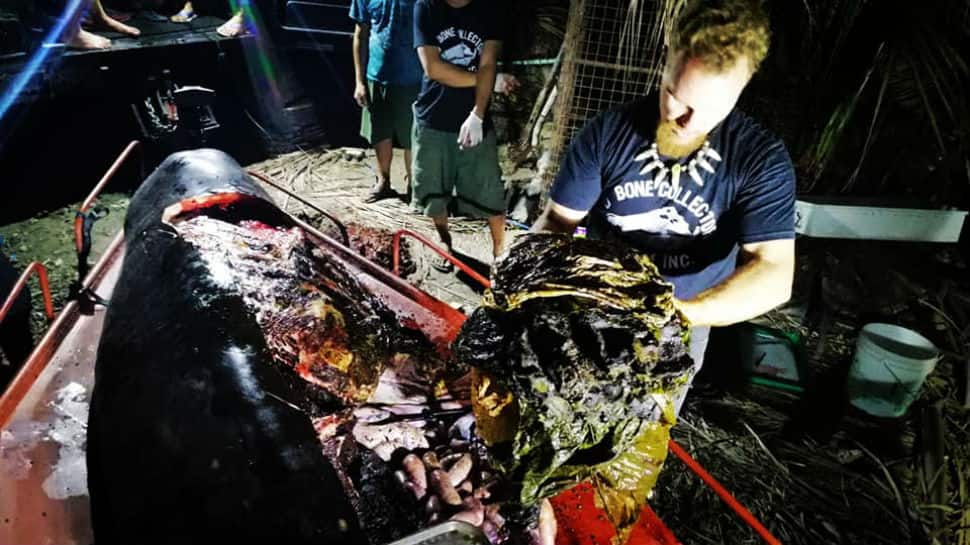 In yet another horrifying example of man-made factors wreaking havoc in the maritime ecosystem, a Cuvier beaked whale washed up dead at a Philippines beach recently and subsequent investigation revealed that it had 40 kilos of plastic bags inside its body.

The dead whale was first spotted by workers of D'Bone Collector Museum in Davao. The museum, in a Facebook post, said that 40 kilos of plastic bags - apart from 16 rice sacks and four banana plantation style bags - were recovered from within the whale. "It's disgusting. Action must be taken by the government against those who continue to treat the waterways and ocean as dumpsters," the post read.

Darrell Blatchley, the founder of the museum, later told CNN that he was shocked to see what had come out from within the dead whale. "I was not prepared for the amount of plastic. It was so big, the plastic was beginning calcification," he said.

The museum is now expected to come out with a list of all the items that were recovered from inside the dead whale in an effort to further shock the Philippines government and the world community into taking concrete action.

Environmentalists and marine biologists have been sounding the alarm bells repeatedly in a bid to reduce, control and eventually eliminate man-made pollution from destroying oceans. Plastic dumped in water bodies is seen as one of the biggest threats to life underwater.

In snub to China, Dalai Lama says his successor may be from India