Will strike 'heart of US' if Kim Jong-un regime threatened, warns North Korea

North Korea on Wednesday threatened a nuclear strike on "the heart of the US" if it attempts to remove Kim Jong-un as the Asian country's Supreme Leader, Pyongyang's state-run news agency reported. 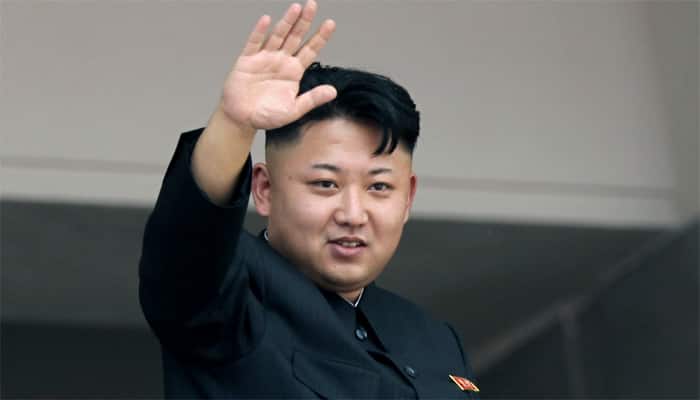 Pyongyang: North Korea on Wednesday threatened a nuclear strike on "the heart of the US" if the administration of President Donald Trump attempts to remove Kim Jong-un as the Asian country's Supreme Leader, Pyongyang's state-run news agency reported.

The spokesman of the North Korean Foreign Ministry was quoted as saying in a report carried by the Korean Central News Agency (KCNA).

The spokesman said the law stipulates that if the supreme dignity of the nation was threatened, "it must pre-emptively annihilate those countries and entities that are directly or indirectly involved in it, by mobilizing all kinds of strike means including the nuclear ones."

"Should the US dare to show even the slightest sign of attempt to remove our supreme leadership, we will strike a merciless blow at the heart of the US with our powerful nuclear hammer, honed and hardened over time," the Foreign Ministry spokesman warned.

The latest threat was in response to comments from CIA Director Mike Pompeo, who said the Donald Trump administration needed to find a way to separate Kim from his growing nuclear stockpile, according to CNN.

"As for the regime, I am hopeful we will find a way to separate that regime from this system," Pompeo had said last week.

"The North Korean people I'm sure are lovely people and would love to see him go," he added.

The threat from the Asian state comes amid an ongoing assessment from the US intelligence community that Pyongyang has accelerated its intercontinental range ballistic missile program.