Several anti-social elements carried out a deadly attack on two ZEE media journalists who were reporting on triple talaq in Gujarat's Ahmedabad on Sunday. 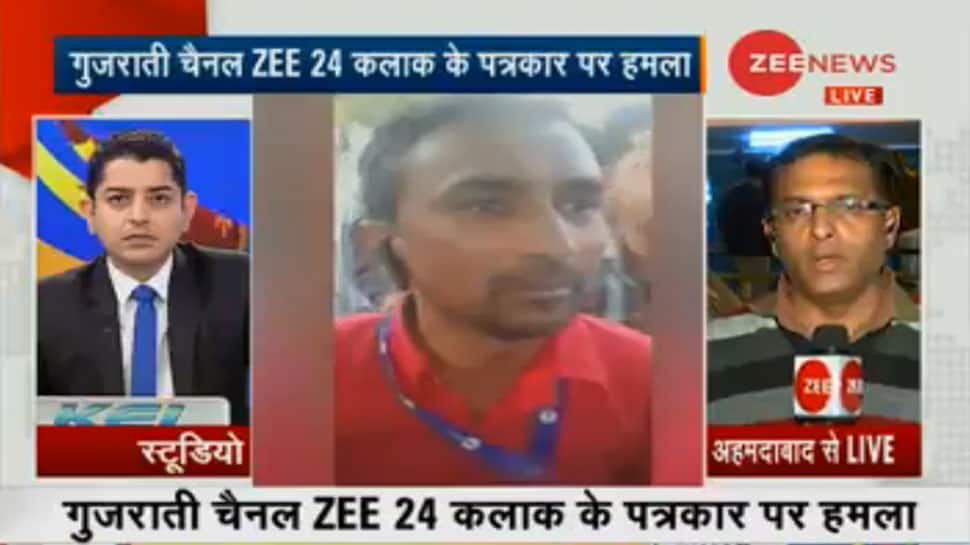 Ahmedabad: Several anti-social elements carried out a deadly attack on two ZEE media journalists who were reporting on triple talaq in Gujarat's Ahmedabad on Sunday.

Javed was on-air, talking to some women, when some men suddenly attacked him, repeatedly hitting on the stomach.

The police at the scene immediately rushed in to save the journalist and took him to a nearby hospital.

The incident has been reported to police, said Solanki.

A case has been registered and the hunt for absconding attackers is on. The Home Minister of Gujarat has also ordered a high-level inquiry into incident.

According to Solanki, the attackers seemed intent on killing Javed.

This is not the first time that anti-social elements have attacked Zee reporters.

On November 14, Zee journalists and the production team were attacked by several Congress workers in Gujarat's Jamnagar. The incident took place when the crew was filming the talk show 'Game of Gujarat' and questions on Hardik Patel's sex CDs cropped up during the discussion.