The bill titled “Pakistan State Sponsor of Terrorism Act of 2015” was tabled by Congressman Ted Poe, who chairs the House Subcommittee on Terrorism, on Thursday. 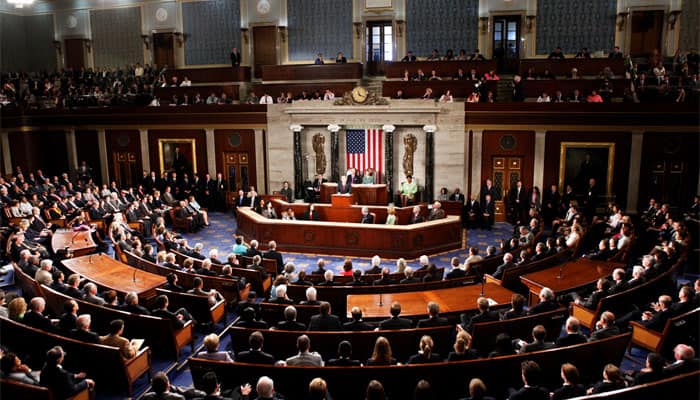 New Delhi: A “strongly worded” bill to declare Pakistan as a state sponsor of terrorism has been introduced in the US Congress, a media report said on Friday.

The bill titled “Pakistan State Sponsor of Terrorism Act of 2015” was tabled by Congressman Ted Poe, who chairs the House Subcommittee on Terrorism, on Thursday.

"Not only is Pakistan an untrustworthy ally, Islamabad has also aided and abetted enemies of the United States for years,"the Times of India quoted the Congressman as saying.

"From harbouring Osama bin Laden to its cozy relationship with the Haqqani network, there is more than enough evidence to determine whose side Pakistan is on in the War on Terror.

“And it's not America's. It is time we stop paying Pakistan for its betrayal and designate it for what it is: a State Sponsor of Terrorism," Poe said.

The bill specifies the US President to issue a report whether Pakistan has provided support for international terrorism within three months.

After that, the Secretary of State is required to submit a follow-up report stating that Pakistan is a state sponsor of terrorism, and if not, he needs to provide a detailed justification as to why it does not meet the legal criteria for such a designation, according to the report.

Earlier, Congressman Poe and James Clad, a former US deputy assistant secretary of defense for Asia, had reportedly wrote in an article that it's time for a "radical reset" with Pakistan.

Citing the article, the TOI said that they were of the view that the US is in "a toxic relationship" with Pakistan and needs to "to finally set limits on its indulgence" towards Islamabad.

"Pakistan has become a quasi-adversary, receiving hundreds of billions through the years in direct and indirect US support, a strange hostage-like arrangement in which we pay Islamabad to do what it should be doing anyway to protect its own domestic security and buttress Afghan stability," TOI quoted Poe and Clad as saying in the article published on Nationalinterest.org dated March 8.

Sikh man in US was targeted because of his ethnic origin: Cops