As per reports, former Andhra Assembly Speaker and senior TDP leader Kodela hanged himself at his residence in Hyderabad. 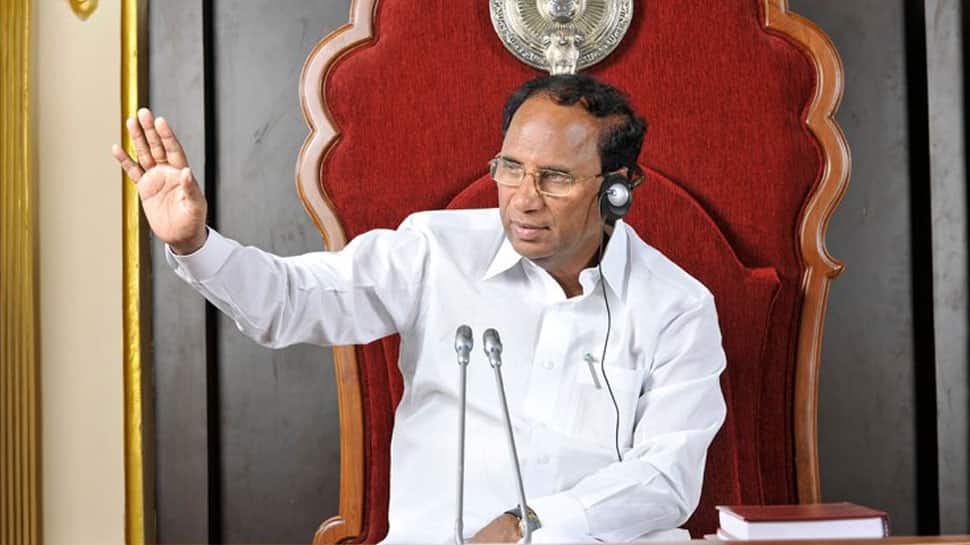 New Delhi: Former Andhra Pradesh Assembly Speaker and Telugu Desam Party (TDP) leader Kodela Siva Prasad Rao has been found dead under mysterious circumstances at his Hyderabad residence. Rao, 72, was one of the senior-most leaders of the opposition TDP in the state.

At around 10.30 am at his Jubilee Hills residence, Sivaprasada Rao's wife Shashikala found no response from the room which was bolted from inside. Rao's gunman was called and the door was forced opened. He was immediately rushed to nearby Basavatarakam Memorial Cancer Hospital where he was declared dead by doctors.

According to DCP ( West Zone ) AR Srinivas, the exact cause of death cannot be ascertained, although prima facie report suggests suicide by hanging as per deceased's daughter version. "According to our initial findings, Dr. Rao's wife, daughter and a maid were present in his home. The gunman was called as the door was bolted from inside. He was brought to the hospital where he was declared dead by the doctors. We can tell the exact cause of death only after post-mortem,'' informed A.R.Srinivas, DCP, West Zone, Hyderabad.

Telangana Chief Minister K Chandrasekhar Rao expressed his shock at the shocking demise of Kodela. In a message, he conveyed deep condolence to his family members.

Soon after his death, senior Telugu Desam Party leaders pointed fingers at the ruling YSRCP government. "He was literally hounded to death by this ruling YSRCP government in Andhra Pradesh. A number of cases were filed against him and his family only to harass,'' said Somireddy Chandramohan Reddy, senior TDP leader and former minister.

However, the Andhra Pradesh government rubbished TDP claims. "We still do not know the exact cause of death. Why and how he died will be known only after police investigation and post-mortem. Were there any family or personal problems we don't know. How can they blame us? Hence, we are requesting the Telangana government to investigate from all angles,'' urged Botsa Satyanarayana, Municipal Administration Minister, Government of Andhra Pradesh.

After post-mortem, the mortal remains of Dr.Kodela Sivaprasada Rao will be taken to his native Guntur district in Andhra Pradesh.

Kodela, a six-time MLA had lost in 2019 from Sattenepalli in Guntur. Several cases of corruption were registered against him and his children after Jagan Mohan Reddy's YSRCP came to the power in the state. Kodela was also accused of stealing furniture, worth approximately one crore, from Andhra Pradesh Assembly for his personal offices and residence in Guntur while the capital was being shifted by Hyderabad to Amaravati. His son Shivaram was also accused of stealing laptops meant for skill development centers.