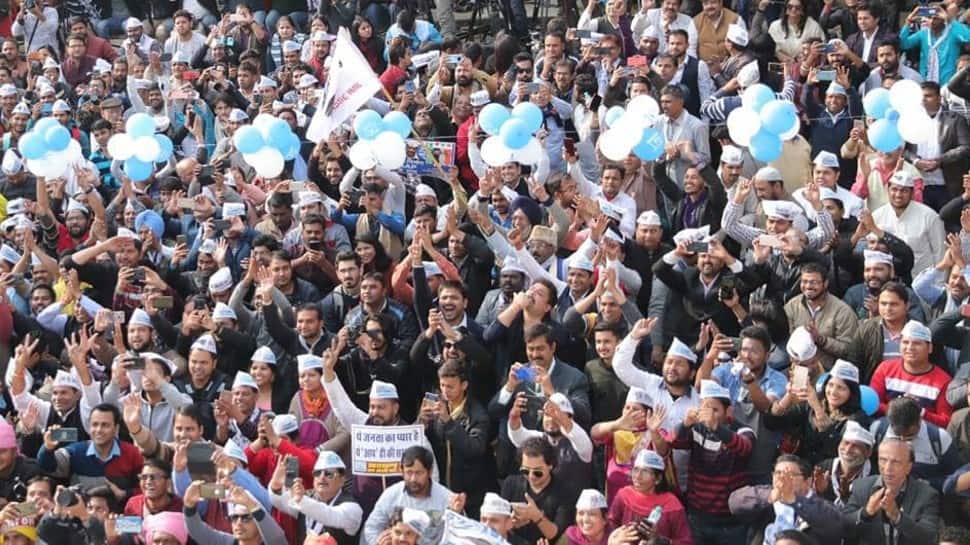 AAP's Atishi, who had unsuccessfully contested the 2019 Lok Sabha election from the East Delhi constituency, was fielded from Kalkaji in place of sitting MLA Avtar Singh Kalka. She won the seat by a margin of over 11,300 votes. After the first few rounds of counting of votes, Atishi was trailing BJP's Dharambir Singh, but later emerged victorious.

Delhi Congress chief Subhash Chopra's daughter Shivani was also in the fray from Kalkaji. With 4.64 per cent of the total votes polled, she finished third and had to forfeit her security deposit.

Dhanwati Chandela, who quit the Congress to join the AAP ahead of the polls, won the Rajouri Garden seat, defeating BJP's Ramesh Khanna by a margin of 22,972 votes. She was also one of the richest candidates in the fray. Chandela had unsuccessfully contested the Rajouri Garden bypoll in 2017 and lost to Manjinder Singh Sirsa. She is the wife of former Congress MLA Dayanand Chandela.

Preeti Tomar of the AAP defeated BJP's Tilak Ram Gupta by a margin of over 10,700 votes to win the Tri Nagar seat. Her husband, Jitender Tomar, had won the seat in 2015 by a margin of 22,311 votes. In January 2020, the Delhi High Court set aside the 2015 election of Jitender Tomar for allegedly giving a false declaration regarding his educational qualification in his nomination papers. Following this, the AAP decided to field Preeti Tomar from the constituency.

Bhavna Gaur of the AAP won Palam seat by defeating BJP's Vijay Pandit. In 2015, Gaur had won the seat by a margin of over 30,800 votes.

Alka Lamba, who was the AAP MLA from Chandni Chowk but later quit the party to rejoin the Congress, faced a crushing defeat from the seat where she polled only five per cent of the votes. AAP's Parlad Singh Sawhney won the Chandni Chowk seat by defeating BJP's Suman Kumar Gupta.

AAP's Sarita Singh lost to BJP's Jitender Mahajan by a margin of 13,241 votes from Rohtas Nagar.

Congress's campaign committee head Kirti Azad's wife Poonam finished the poll race in the fourth position from the Sangam Vihar constituency. She bagged a meagre 2.23 per cent of the total votes polled. AAP's Dinesh Mohaniya retained the seat by securing over 75 per cent of the votes polled.

The election, largely seen as a battle between the AAP and the BJP, was held on Saturday, sealing the fate of 672 candidates - 593 men and 79 women.