Bhupinder Singh Hooda said, ''JJP, INLD, and other independent candidates should come together to stop BJP government from coming into power.'' 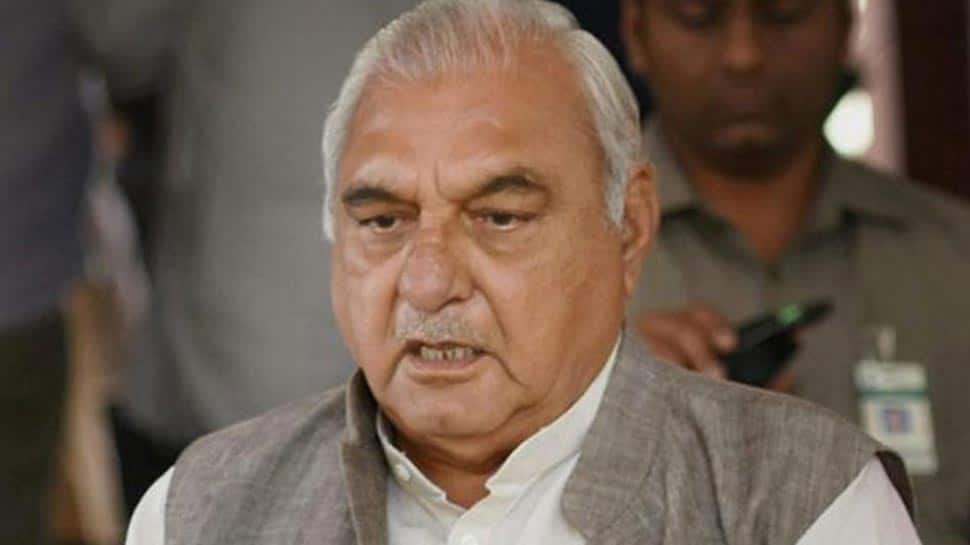 Hooda said, ''JJP, INLD (Indian National Lok Dal), and other independents should come together to stop BJP government from coming into power.'' He further claimed that independents are being threatened by the state government of Chief Minister Manohar Lal Khattar.

Mocking the BJP's election slogan, Hooda said, "Those who were confident of getting 75 seats in the state have now come down to 35." When Hooda addressed the press conference , the BJP as well as the Congress were leading in 35 seats each. The majority mark in the 90-member Haryana Assembly is 46.

The Congress leader also demanded the resignation of Khattar and said,'' All of us (Congress, JJP, INLD, and independents) will come together and form government in Haryana.''

The Haryana Congress leader said, "The mandate is going against the government and that clearly shows that people did not like the work of present government." He added, ''The BJP government did not fulfill their promises made to the farmers and therefore they lost their support.''

People who left NCP have not been accepted, no plan to tie-up with Shiv Sena: Sharad Pawar