If Bharat Ratna can be given to Veer Savarkar then why not Godse? Asaduddin Owaisi questions BJP

"The two-nation theory was first introduced by Savarkar and then Mohammad Ali Jinnah used it. If you at all want to give Bharat Ratna to anyone, confer it to Godse," Owaisi said, adding that it's quite clear why the BJP has taken the decision. 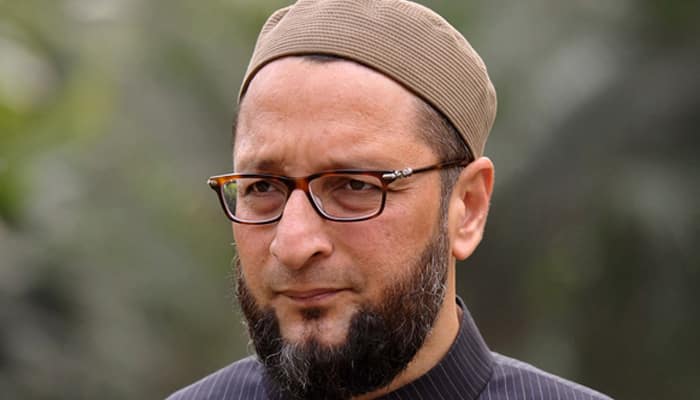 New Delhi: All India Majlis-e-Ittehadul Muslimeen (AIMIM) chief and Aurangabad MP Asaduddin Owaisi questioned Bharatiya Janata Party's (BJP) stand to confer Bharat Ratna on Vinayak Damodar Savarkar if the National Democratic Alliance (NDA) is re-elected in Maharashtra. He strongly opposed BJP's decision while speaking to Zee News ahead of the assembly election in the state and asked if Savarkar can be given Bharat Ratna then why not Nathuram Godse?

"The two-nation theory was first introduced by Savarkar and then Mohammad Ali Jinnah used it. If you at all want to give Bharat Ratna to anyone, confer it to Godse," Owaisi said, adding that it's quite clear why the BJP has taken the decision.

"BJP's Hindutva ideology was written by Savarkar himself," Owaisi said. He further added that BJP should take the decision not on the basis of ideology but on past record.
Slamming Prime Minister Narendra Modi and the Devendra Fadnavis-led BJP-Shiv Sena government in Maharashtra, Owaisi asked why is the PM categorically mentioning abrogation of Article 370 in his speeches while campaigning for the assembly election in the state.

He said PM Modi is deliberately doing this so that the government can hide its flaws as none of the promises made to the people of Maharashtra have been fulfilled.

"Over 14,500 farmers have committed suicide in India and 80 in Maharashtra alone. Why aren't you addressing issues concerning farmer suicide," Owaisi asked.

"You promised to provide one crore jobs. What happened to it?" Owaisi further stated.

He also said that with the Maharashtra government's Free Trade Agreement deal, more than eight crore people will be unemployed.

"Due to GST and demonetisation, the power loom industry suffered. Due to rains, Mathwadha suffered. Why doesn't the government take count of these issues," Owaisi added.

On Ranjanbhoomi-Babri Masjid case, Owaisi said that India should strengthen the rule of law and he hopes that when the verdict comes out, justice will prevail over belief.

Furthermore, he spoke on the Uniform Civil Code. He said that the government should work on providing clean drinking water, right to life. The government has forgotten Fundamental Rights and only concentrating on Directive Principles.

Lastly, on his party strategies this election, Owaisi said that he is trying hard to send out his message to the voters. "I want secularism to win in Aurangabad again."

Voting for the 288-member Assembly will be held on 21 October in a single-phase. The counting of votes will take place on October 24.