Kishor Jorgewar on Wednesday met Chief Minister Devendra Fadnavis and extended his support to the Bharatiya Janata Party (BJP). Fadnavis had earlier claimed that BJP has the support of 10 independent MLAs and stated that BJP expects support from five more independent MLAs. 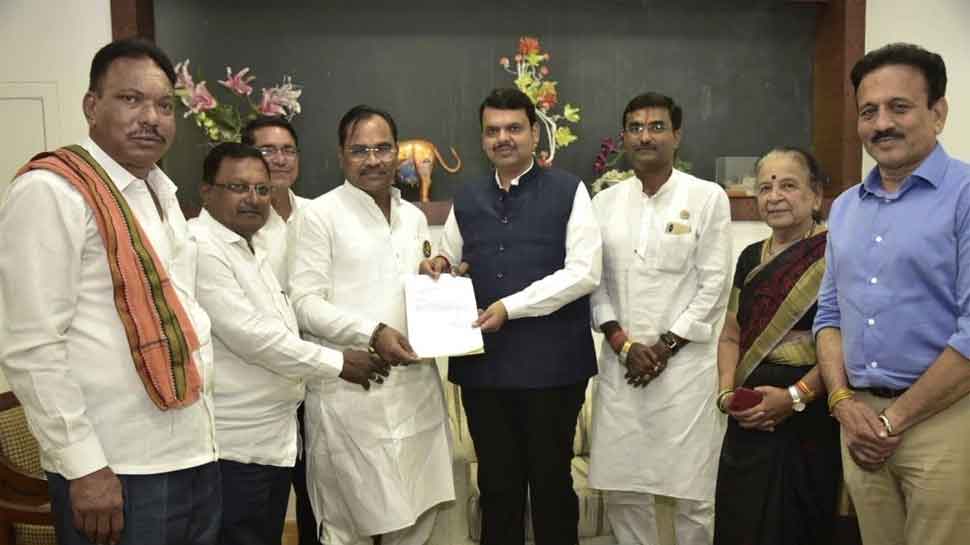 However, Fadnavis had earlier claimed that BJP has the support of 10 independent MLAs and stated that BJP expects support from five more independent MLAs. The BJP-Shiv Sena alliance won an absolute majority in the Maharashtra Assembly polls with the former emerging as the single-largest party with 105 seats.

Shiv Sena bagged 56 seats in the elections. The alliance is yet to sort out their differences over the government formation in the state.

After the polls, Shiv Sena is adamant about the implementation of the 50:50 formula proposed by BJP during the 2019 Lok Sabha polls. The formula is a rotational arrangement in which a Chief Minister from each party will split the five-year term equally. Meanwhile, Shiv Sena also got the support of at least five independent MLAs including Prahar Janshakti Party chief Bacchu Kadu, his party MLA Rajkumar Patel, Ashish Jaiswal, Narendra Bhondekar and Nationalist Congress Party (NCP)-backed independent MLA Shankarrao Gadakh.