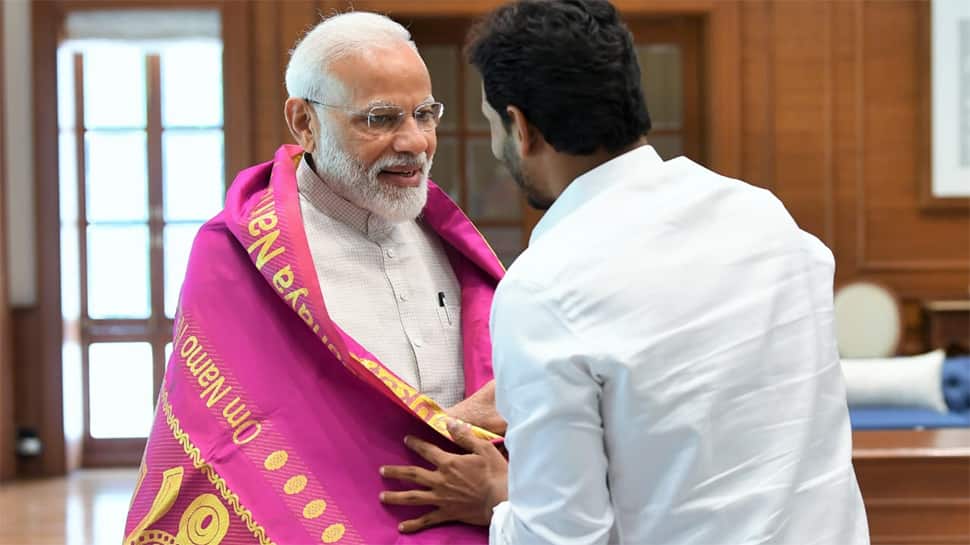 Reddy's YSR Congress party stormed to power with a landslide victory in Andhra Pradesh winning 151 of 175 Assembly seats. He also bagged 22 of 25 Lok Sabha seats in the state. During the meeting, Reddy is likely to have discussed providing outside or issue-based support to the Modi government. He may also visit Andhra Bhawan and interact with the officials there.

Reddy will be taking oath as Andhra Pradesh chief minister on May 30 at Indira Gandhi Municipal Stadium in Vijayawada. He was unanimously elected as the leader of the YSRC legislature party on Saturday paving the way for him to assume the CM post.

"The YSR legislative party (YSRLP) meeting was held at the camp of office of YS Jagan in Amaravati at 11.15 am. All the 151 MLAs newly elected for AP Assembly attended the meeting," the YSRCP said in a statement.

Jagan also held parliamentary party meeting in which all the 22 newly elected MPs and existing Rajya Sabha MPs were present. "Jagan suggested the MPs to work hard to achieve the special category status for Andhra Pradesh. He suggested the MPs that one should have credibility and confidence in political policies and should not change stand once coming into power," the statement said.

While addressing the YSRLP meeting, Jagan took a jibe at the outgoing Chief Minister N Chandrababu Naidu. "The fate of Chandrababu Naidu proves that God will punish those who act without justice. Chandrababu had purchased and grabbed 23 MLAs and 3 MPs of YSRCP in 2014. But now in 2019, his party TDP is left with 23 MLAs and 3 MPs. God alone can write such great script and do such a wonderful poetic justice," he said.