BJP is, however, clear that the Chief Minister's post will be held by the party and according to sources, the party will also keep with itself the Home and Urban  Development ministries. 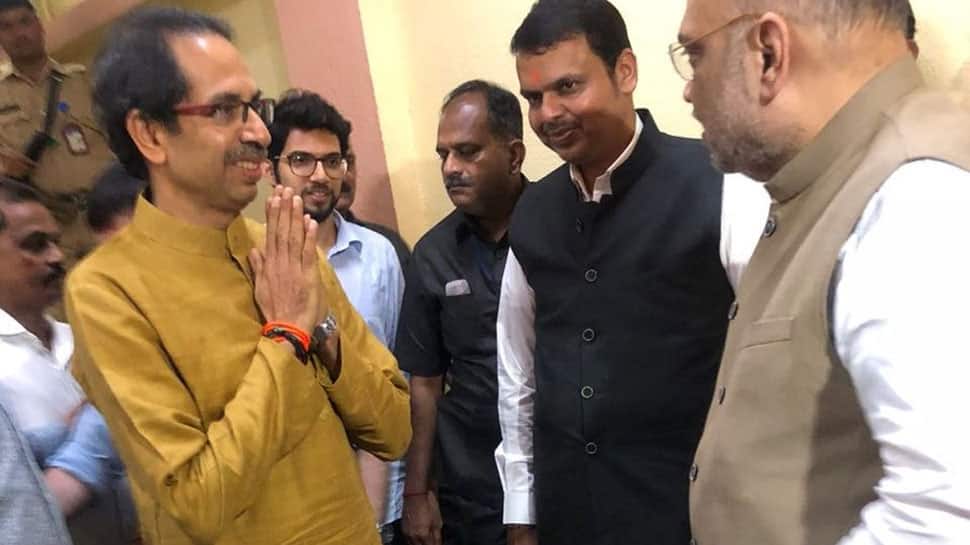 New Delhi: The Bharatiya Janata Party (BJP) on Wednesday chalked out a new strategy to woo its ally Shiv Sena, a tussle with whom over seat-sharing has delayed government formation in Maharashtra.

BJP is, however, clear that the Chief Minister's post will be held by the party and according to sources, the party will also keep with itself the Home and Urban Development ministries. But, to turn tables in its favour, BJP might increase the quota of Sena ministers in its cabinet.

There are 12 Shiv Sena ministers in the present Devendra Fadnavis-led BJP government in Maharashtra, which now the BJP plans to increase to 14.

Sources also added that BJP might give the deputy CM's post to Shiv Sena as opposed to their demand of a getting the CM's post for 2.5 years in 50:50 formula.

Moreover, in order to woo Shiv Sena, BJP might also give one more berth to Uddhav Thackeray's party in the union cabinet.

The BJP on Wednesday elected incumbent CM Devendra Fadnavis as the legislative party leader. He is likely to meet the governor in a couple of days to stake claim to form government.

Meanwhile, Uddhav Thackeray has called for Shiv Sena's legislative party meeting on Thursday. A discussion on government formation with BJP is also on the cards.

In the Assembly election, BJP emerged as the single largest party with 105 MLAs, but failed to reach the halfway-mark to prove majority. They had a pre-poll alliance with Shiv Sena which got 55 seats.