According to Sonali, water and electricity are the major issues which she will be taking up during her election campaign in Haryana. 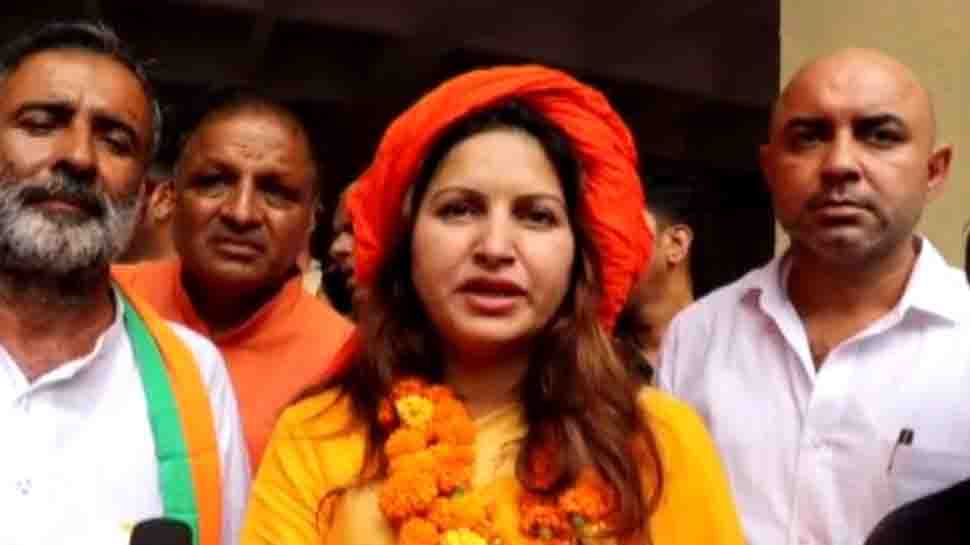 Tik Tok star Sonali Phogat, who has been fielded by the BJP from Adampur constituency for Haryana assembly election, is not just a social media star but a seasoned politician too, claiming that she has been with the party for over a decade. During the 'Harayan Ke Maan Ki Baat' event, Sonali spoke exclusively to Zee News about her journey from a Tik Tok celebrity to politics. "My political journey began 12 years back but I joined Tik Tok just a year ago."

She added that the BJP government in Haryana has performed better than the previous ones. On being asked about the major issues she will be taking during her campaign, Phogat said, "Water and electricity are the major issues in the state, which immediately needs to be addressed. People here are also suffering because of poor conditions of roads."

Sonali has been making a lot of buzz these days because of her popularity on the social media app Tik Tok. She will be contesting against three-time Congress MLA Kuldeep Bishnoi from Adampur seat in Hisar district of Haryana.

Adampur is considered to be a bastion of the late state chief minister Bhajan Lal. Several big names have contested from Adampur but failed to breach Bhajan Lal's citadel and the Congress is banking on his son Kuldeep Bishnoi to maintain the tradition.

Eyeing a consecutive second term in the state, BJP is banking on Sonali, who is the vice president of the party's Haryana women's wing. Sonali claims she has been in the entertainment industry as an actress for the last 20 years and in active politics with the BJP for almost 12 years.

She considers senior BJP leader and former Lok Sabha speaker Sumitra Mahajan her political mentor and says she joined politics because of her. Her husband died in 2016 and she has a 10-year-old daughter. She has been an anchor with Doordarshan and also acted in a Zee TV show 'Amma'.

During her nomination on Friday (October 4, 2019), Sonali was accompanied by several BJP leaders including Uttar Pradesh Panchayati Raj Minister Bhupendra Singh Chaudhary who sounded confident of her victory asserting that her social media popularity will help the party in the election.

Haryana will vote to elect a new 90-member Assembly on October 21 and the results will be declared three days later on October 24.