The leaders of the two allies are expected to discuss the unfolding political situation in Maharashtra. They are likely to clarify their stand after the meeting whether to support the Shiv Sena, which is not happy with its ally Bharatiya Janata Party (BJP). 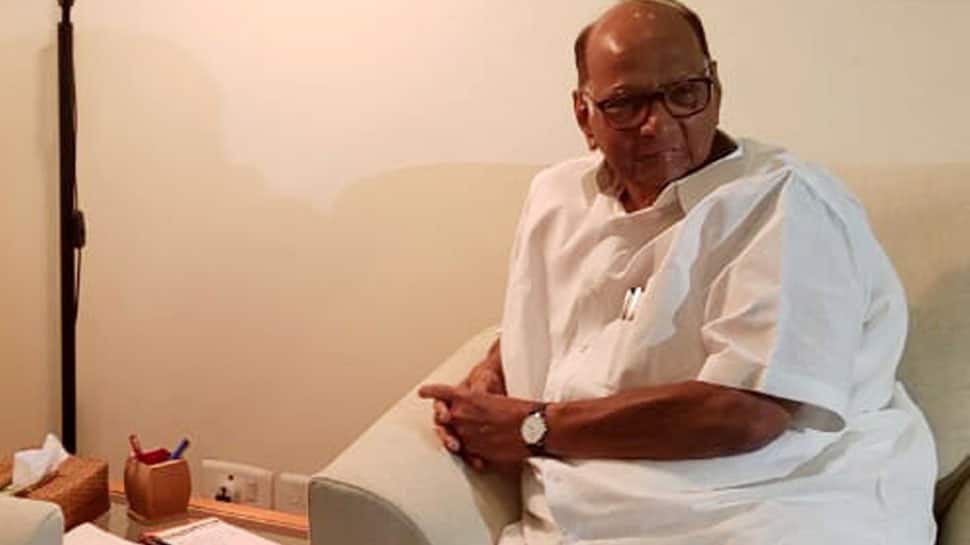 Even as the stalemate over government formation in Maharashtra continues, Nationalist Congress Party (NCP) chief Sharad Pawar on Monday evening met Congress interim president Sonia Gandhi for over an hour. After meeting Sonia, Pawar said that there was discussion over government formation in Maharashtra, adding that Shiv Sena has taken a tough stand against the Bharatiya Janata Party (BJP).

"We have discussed government formation in Maharashtra. Shiv Sena has taken a tough stand against the BJP. Tomorrow (Tuesday) I'm going to Mumbai. I will talk to the leaders of my party first. We do not have the number needed to form a government. They have the responsibility of forming a government first."

Earlier, the top leaders of Congress from Maharashtra met Sonia Gandhi and briefed her about the developments. They also met Pawar. While some Congress leaders, like Hussain Dalwai, MP, are openly advocating extending support to the Sena for forming the government; others, like Sanjay Nirupam, are advising caution.

Amid the stalemate, the Shiv Sena MP, Sanjay Raut, met Maharashtra Governor Bhagat Singh Koshiyari on Monday in Raj Bhavan. After meeting the Governor, Raut said, "Since there is a confusion over the formation of government in Maharashtra the Sena will not be an obstacle," adding that the party which won the maximum seats should be allowed to form the government.

Notably, the BJP has emerged as the largest party in the state with 105 MLAs, while the Shiv Sena got elected 56 members in the legislative assembly.

Earlier in the morning, Chief Minister Devendra Fadnavis met BJP President and Union Home Minister Amit Shah in Delhi. The meeting took place at a time when the BJP is said to have actively opened back-channel talks with NCP and simultaneously procured unofficial support of five Independent and one MLA from a smaller party.

Shiv Sena will not be an obstacle in government formation in Maharashtra: Sanjay Raut after meeting Governor Bhagat Singh Koshiyari