Addressing a huge crowd of BJP supporters, the Lucknow MP said that the France-made Rafale fighter jets would help the Indian Air Force in decimating terror camps in pakistan. 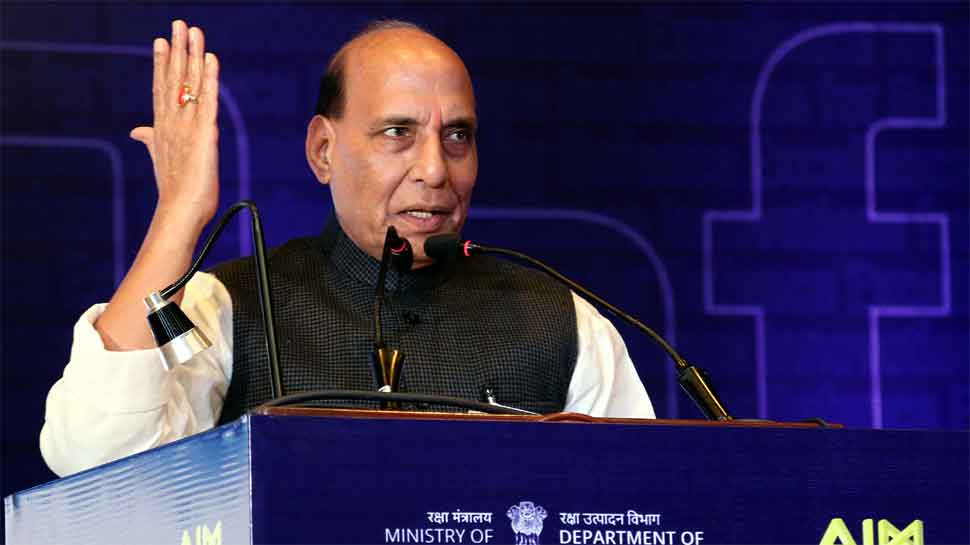 Union Defence Minister Rajnath Singh on Sunday (November 24) said that no power in world can stop the constuction of a 'grand' Ram temple in Ayodhya. Singh made the remark while addressing a rally in Jharkhand's Bishrampur assembly constituency.

"A grand Ram temple will be built in Ayodhya and no power in the world can stop that from happening. The path for construction of the temple has been cleared by the Supreme Court," the senior BJP leader said amid "Jai Shree Ram" slogans.

Addressing a huge crowd of BJP supporters, the Lucknow MP said that the France-made Rafale fighter jets would help the Indian Air Force in decimating terror camps in Pakistan.

Singh also talked about Prime Minister Narendra Modi-led government's decision to abrogate Article 370, which granted special status to the erstwhile state of Jammu and Kashmir, and said that now there will be one Constitution, one prime minister and one flag in the country.

"In 1952, Dr Shyama Prasad Mukherjee (founder of the Bharatiya Jana Sangh, the predecessor to the BJP) had said that there cannot be two Constitutions, two prime ministers and two flags in one country. We have fulfilled his dream and lived up to the promise made in our poll manifesto," said the Union Minister.

Jharkhand is scheduled to witness Assembly election in five phases with Bishrampur going to poll during the first phase on November 30. The Bharatiya Janata Party (BJP) has given the ticket to sitting MLA and the state's health minister, Ramchandra Chandravanshi, from Bishrampur.