Will stop water flowing to Pakistan and bring it to Haryana, says Prime Minister Narendra Modi

PM Narendra Modi said, ''For 70 years, water that belonged to Haryana's farmers and to us flowed to Pakistan...But this Modi will stop that water and bring it to your house. I have already started working on it.'' 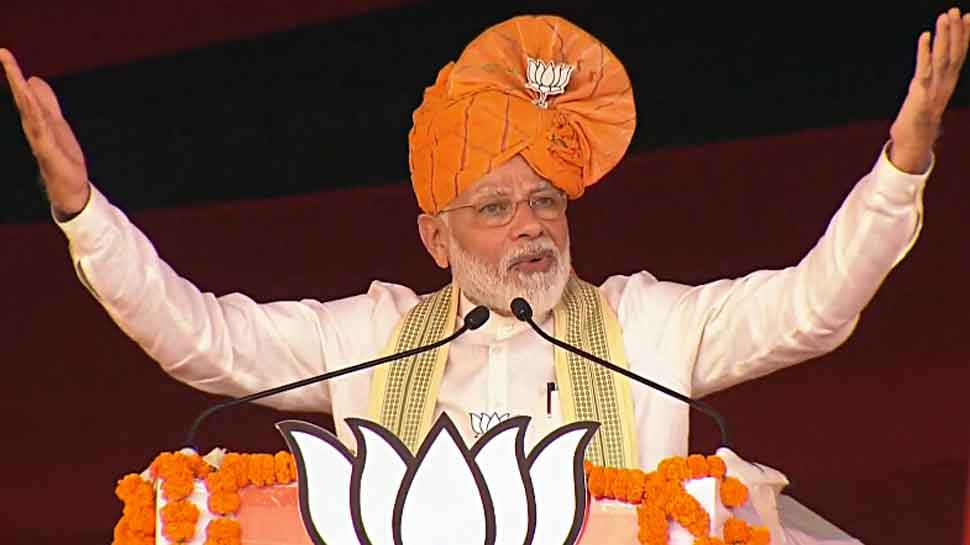 Charkhi Dadri: Prime Minister Narendra Modi on Tuesday asserted that his government will stop water flowing to Pakistan and divert it to Haryana as it rightfully belongs to the country and the farmers of the state.

"For 70 years, water that belonged to Haryana's farmers and to us flowed to Pakistan...But this Modi will stop that water and bring it to your house. I have already started working on it. The water belongs to India and farmers of Haryana...That is why Modi is fighting this for you," he said at a public gathering here amid loud cheers.

Attacking the Congress, Modi accused the opposition party of spreading rumours over Article 370 that granted special powers to Jammu and Kashmir."At a time when the country is hailing the decision to repeal Article 370 from Jammu and Kashmir, a few Congress leaders have gone against it and are spreading rumours in the country and across the world," he said.

Modi reiterated that the abrogation of Article 370 led to the integration of Jammu and Kashmir with the rest of the country, saying the region would now see fast-paced development and prosperity.

Lauding women for proving their mettle in various fields, Modi said that this year's Diwali in Haryana should be dedicated to "our daughters and celebrate their achievements".

"We will have two types of Diwali this time. A 'diya' (earthen lamp) Diwali, and a 'kamal' (lotus) Diwali. We should dedicate this Diwali to our daughters and celebrate their achievements," the Prime Minister said.Urging the people to re-elect the BJP again in the ensuing Assembly elections, Modi said that the state is witnessing progress due to ''double engine of development."

The double engine of Modi in Delhi and Manohar Lal Khattar in Haryana has resulted in unprecedented development of the state," he added. The Prime Minister is currently in Haryana and is addressing rallies as part of BJP's electioneering ahead of the Assembly polls.

The state will head for elections on October 21 in a single phase. Counting of votes will take place on October 24.

Haryana assembly elections: 117 candidates have criminal cases against them