The 2022 MG Hector is all set to be launched in the Indian market with upgraded exterior looks and interiors, with the highlight being India's biggest infotainment system screen, read on for more details.

MG Motor India is all set to launch the 2022 MG Hector SUV in the nation. However, before the launch, the automaker has been teasing the next gen of the SUV to build hype among prospective consumers. Earlier, the automaker gave a few hints on the exterior design of the SUV and now has revealed the interiors of the next-gen MG Hector. The revelation of the soon-to-be-launched new MG Hector follows a modern style, conceptualized as ‘Symphony of Luxury’ using handcrafted textures, soft-touch tactile, and versatile ambience on demand.

The Next-Gen Hector's cabin has been designed for an opulent vibe with dual-tone Oak White & Black interior and rich brushed metal finish, which is accentuated by the console that resembles a cockpit. The brand-new instrument panel is also made with horizontal lines that go through the door panel and create a front cabin space enclosed by a wingspan when combined with leather covering. Furthermore, it also gets chrome trim on the AC vents. 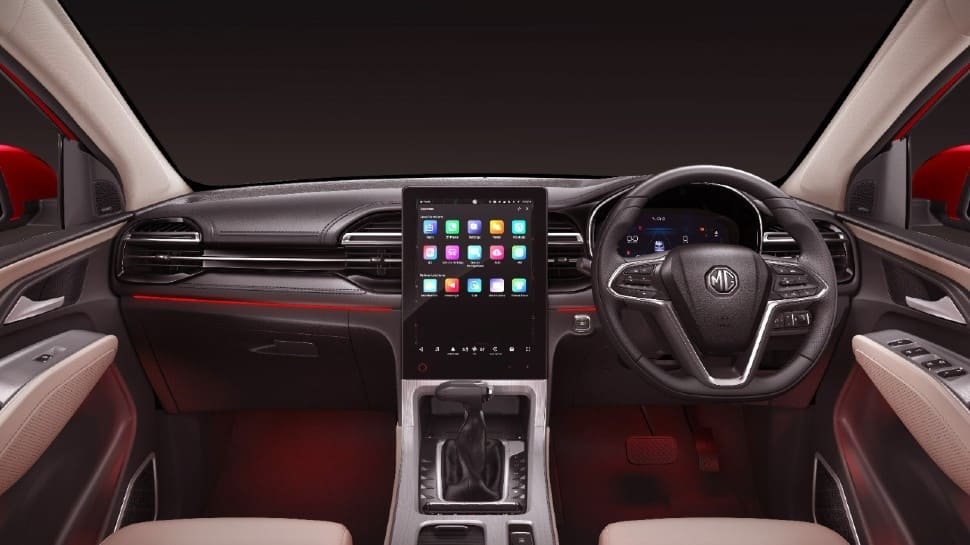 Meanwhile, MG India has confirmed that the 2022 MG Hector will be equipped with India's largest 14-inch HD Portrait Infotainment System supported by Next-Gen i-SMART technology, which claims to deliver a responsive, accurate, and smooth experience. This further offers an intelligent and personalised interaction. The Next-Gen Hector will also have wireless Android Auto and Apple Car Play for added convenience and a Full Digital 7-inch Configurable Cluster delivering a broad field of vision and immersive virtual display.

Also read: Road Safety: Top 5 lesser-known TRAFFIC rules in India that can get you CHALLANED

As evident multiple changes are to be seen in the next-gen version of the SUV. However, the powertrain of the car is expected to remain the same. Though there is no official update on the launch date of the 2022 MG Hector, speculations are that the SUV will hit the Indian market by next month. Considering the upgrades, the new MG Hector is expected to have a slightly higher price range compared to the ongoing model.